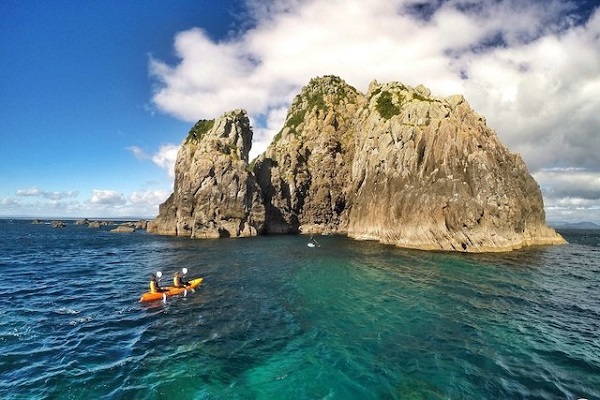 In the wake of drastically lower visitor numbers since the White Island tragedy of December last year, mitigating the ongoing economic impact for local business and supporting the area’s tourism sector is at the forefront of Whakatane District tourism activities.

Whakatane District Council, New Zealand's Ministry of Business, Innovation and Employment (MBIE) and Tourism Bay of Plenty are working together behind the scenes, as part of the wider recovery project, to move forward an enhanced marketing campaign to highlight the range of visitor experiences on offer throughout the District.

Local businesses immediately impacted following the eruption are currently working through the process of applying for a portion of the emergency fund announced by the New Zealand Government late last year.

However, with the shoulder seasons usually the busiest months for international visitors, the full impact to the District’s economy is yet to be felt, with visitor spend spread across many sectors of the economy including retail, hospitality, transport as well as tourism operators and accommodation.

Advising that boosting tourism marketing for both domestic and international visitors will help mitigate potential financial losses through the shoulder seasons, Whakatane District Council Tourism and Events Manager Nicola Burgess stated "details of our marketing plan are being finalised with MBIE and it will unlock some of the emergency funding announced by MBIE in December.

“We’re immensely grateful to MBIE for their support and see boosting our business as usual marketing activities, especially to a domestic audience, as a short to medium-term way of encouraging more visitors and recouping the drop in international visitors."

With the domestic market accounting for 80% of visitors to the Whakatane District, with $119 million spent annually, Burgess says marketing activities will initially focus on growing this market, adding "while we see growing our domestic visitors as the best quick-win, bringing international visitors back is also important but will take more time.

Whakatane District Mayor Judy Turner says while there is a lot of work to be done, there are some exciting opportunities in the local tourism sector.

Mayor Turner noted "one heartening story that has come from international visitors since the Whakaari tragedy is that they are pleasantly surprised with the range of other visitor experiences here. We need to capitalise on this and shine a light on all the other wonderful things to do here throughout most months of the year.”

13th January 2015 - Eastern Bay of Plenty gets Virtually On Track