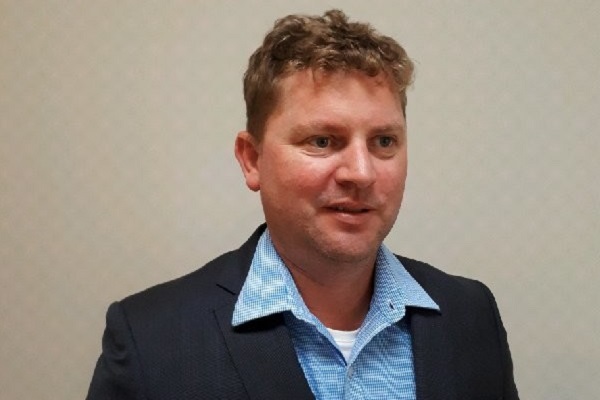 Wilkinson, who has been Manager Leisure Services at the City of Canning since April 2008, took on the Presidency from Jeff Fondacaro, who stepped down after 12 years in the role at the recent LIWA Aquatic 50th Annual State Conference and Trade Exhibition.

Wilkinson has been involved in the industry for two decades, having been qualified as a swimming pool manager by the WA Department of Health in 1999.

Looking back on his career achievements, Wilkinson told Australasian Leisure Management "my career in aquatic management started in 1998 - the week before Christmas – (when) a position of pool manager suddenly became available at the pool where I was teaching swimming and lifeguarding.

“I had no management experience and didn’t realise the leap of faith the centre manager was taking in me. That week was incredibly hot in Perth so as an accidental Pool Manager I started in the deep end.

“At the time I was studying sports administration at Curtin University (and) planning to graduate in the middle of 1999. City of Canning had commenced building a new leisure centre at this time, and I soon I realised I was in the right place at the right time.

20 years later and I continue to work in aquatics management as Manager Leisure Services for the City of Canning, with the responsibility of two leisure centres; Riverton and Cannington Leisureplex. I am also responsible for the management of the maintenance team at Whaleback Golf Course.

“When your role’s focus is on customers and the people employed to make the facilities the best places to come and play at, it’s amazing how many synergies there are in gyms, golf and pools.

“As a Director on the LIWA Aquatics board since 2015 I have enjoyed meeting and learning more about the people who run and improve the safety of community pools across Western Australia.”

LIWA Aquatics’ staging of its anniversary event has been described as “exceeding the event organisers' expectations” with the two-day conference attracting a record number of over 250 delegates, 39 trade exhibitors and 215 attendees to the Annual State Dinner.