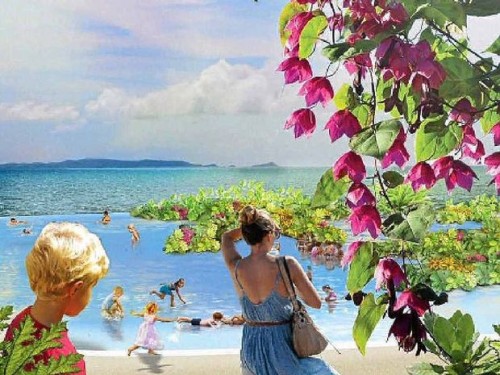 Livingstone Shire Council’s proposed Yeppoon Foreshore Masterplan has been recognised by the Queensland Government as having the potential to be a key regional tourism asset offering safe, family fun.

The $45 million project - which will include a new community park, boardwalk, mini-golf area and lagoon pool – aims to revitalise existing public spaces and tourism, recreation and commercial land uses within the Yeppoon foreshore and town centre precinct.

Commenting on the program, Queensland Minister for State Development and Minister for Natural Resources and Mines Dr Anthony Lynham recently shared his belief that the enhanced foreshore would be a popular drawcard and community asset for the region and beyond.

Minister Lynham explained “the (Queensland) Government is providing a total of $29 million towards this job-generating project, much of it as a response to the destruction of Tropical Cyclone Marcia.

“When completed, the transformed foreshore will generate jobs, drive economic growth and attract major private sector investment to our region.”

With Queensland’s 2016/17 Budget having included the funds for the construction and completion of the project, building of the next stages of the project is expected to begin next year.

The Yeppoon Foreshore Masterplan is a key regional project which dates back to the previous Livingstone Shire Council pre-amalgamation, with initial planning commencing in 2001 and the first two stages completed in 2003 and 2006. 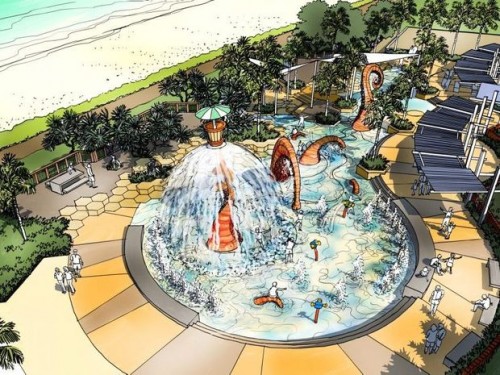 The award-winning Keppel Kraken water play area has been operating successfully since December 2015.

Commercial interest relating to the development recently saw a large block of land, including The Strand Hotel and five surrounding land parcels overlooking the Yeppoon Foreshore, offered for sale.

Described as “one of the last strategic land holdings on Queensland’s east coast”, the 4,924 metre²  area of “prime oceanfront real estate” with zoning permitting a multitude of development options including residential, retail and commercial uses, was expected to attract considerable interest.

Images: Artist's impression of the planned lagoon on the Yeppoon Foreshore (top), a plan of the site (middle) and the Keppel Kraken (below).