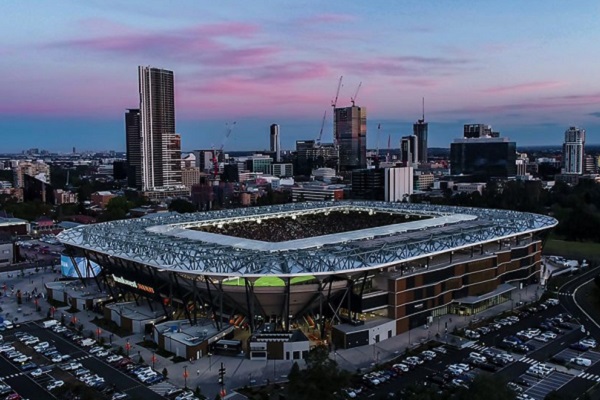 The NSW Government’s backing of the NRL’s push for new 20,000-seat stadiums to be built across greater Sydney - reported by The Sydney Morning Herald (owned by NRL broadcast partner Nine) - has been welcomed by Liverpool City Council.

Liverpool City Mayor Wendy Waller advised “I am pleased to hear that Liverpool is being considered and I look forward to the NSW Government’s investment to build and maintain any new stadium in our LGA.

“It makes sense to have a new world-class stadium in the home of Western Sydney International Airport and the neighbouring Western Sydney Aerotropolis. We are recognised internationally as a city of innovation and deserve top-tier cultural and recreation facilities that will enhance the city’s liveability.

“A stadium would serve as a good stimulus for job creation during this challenging period and into the future, while also putting Liverpool on the map as South West Sydney’s globally-connected sporting capital.”

Mayor Waller said it would be important for any stadium development to be well planned.

Mayor Waller added “the right site will need to be determined so that it’s well connected by public transport to minimise its impact on the local road network.

“Playing our part as a city of innovation and collaboration, we’re already working closely with Transport for NSW on our Fifteenth Avenue Smart Transit (FAST) Corridor. It’s our vision for a frequent and rapid public transport connection to the new airport from Sydney’s third CBD that will be future-proofed for emerging technologies such as driverless electric buses or trackless trams.

“The timing is right to capitalise on our current FAST Corridor planning work to link up this future stadium with the Liverpool city centre, Western Sydney International Airport and Western Sydney Aerotropolis, and greater Sydney’s public transport network.”