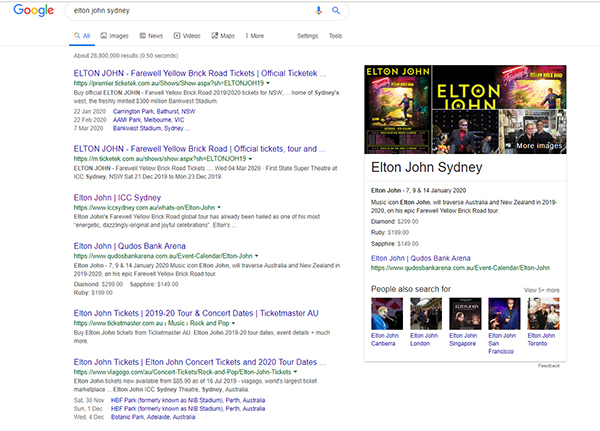 Live Performance Australia (LPA) has applauded Google's decision to remove Viagogo from its paid search results after finding it in breach of its advertising policies.

LPA Chief Executive, Evelyn Richardson yesterday advised that "this is a great outcome for Australian ticket buyers, performers and producers who have been subjected to Viagogo's misleading and inflated ticket resale practices, which have also been called out by the Australian Competition and Consumer Commission.

"We had approached Google some time ago for action to be taken over Viagogo's advertising in Google's paid search, and we're delighted this has now been done.

"It's good for the ticket-buying public, and it's good for artists who don't want to see their fans being disappointed or ripped off through dodgy ticket resale practices. We would now like to see other online platforms follow suit and take similar action to protect consumers."