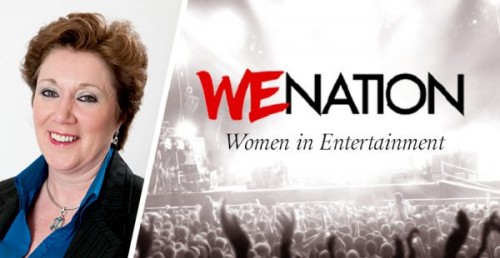 Global entertainment giant Live Nation has used International Women’s Day to launch Women in Entertainment (WE Nation), an initiative that aims to boost gender diversity in the workplace.

Launched at each of Live Nation’s offices throughout the world, including Ticketmaster in Australia and New Zealand, WE Nation is designed to engage and inspire Live Nation women globally in order to support women in the workplace towards attaining fulfilling careers and address issues affecting women.

For Maria O’Connor, Managing Director of Ticketmaster in Australia and New Zealand, gender diversity in the workplace is an area that she is passionate about.

Originally from Ireland, O’Connor arrived in Australia in 1981 and has worked in the ticketing industry ever since. She very quickly climbed the ranks and has been the Managing Director of Ticketmaster in Australia since the early 1990s (when it was known as Bass).

Ticketmaster entered the market in New Zealand in 2005 with O’Connor at the helm.

Throughout her career in ticketing and entertainment, O’Connor has passionately worked to create gender diversity and support women in the workplace.

Selected as one of four WE Nation Diversity Leaders to lead the charge to ensure the program is successful, O’Connor explains “WE nation is for women in entertainment.

“And why it is important to me is because, over the 35 years that I have been in this business, I am usually the only woman in the room.

“So now is the time for all of us to get together and make sure there’s more women involved in every aspect of our business. While this is celebrating women in entertainment, it is about everybody; men and women, young and old, locally and globally.”

O’Connor has been a key mentor for many women in the entertainment and ticketing industries, but she has also taken her skills in this area outside of the Ticketmaster family.

For many years O’Connor has mentored young people through her association with Big Brothers Big Sisters Australia. As the charity’s longest serving current board member, she has positively impacted the lives of many young people.

O’Connor vast experience in this area is a major reason why she has been chosen to spearhead WE Nation throughout her market.