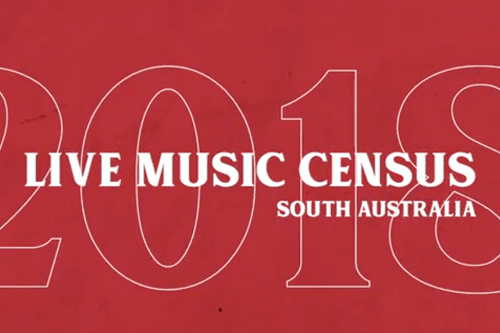 South Australia’s latest Live Music Census has revealed that the state’s thriving entertainment sector continues to grow with further growth in live music activity over the past year.

Compared to the first census in 2015, the latest figures show an almost 27% increase in gigs and a 28% increase in venues hosting live music in the metropolitan area.

Music SA, which conducts the Census in May so South Australia’s various festivals don’t skew the results, this year expanded the Census to include the entire state, with regional areas offering up 296 gigs across 108 venues.

Commenting on the findings, Music SA General Manager Lisa Bishop stated “clearly we have the gigs and venues, but what we need to work on now as an industry is growing the audiences.

“Music SA is working hard to develop relationships with the likes of Brand South Australia, the SA Tourism Commission, Adelaide Airport, community radio and councils across the state to promote playlists and performances by local musicians.

“We want to see South Australians place greater value on the amazing talent in their own backyard.”

The South Australian Government is also supporting live music, working alongside the music industry and local councils on regulatory reform to further assist the sector’s growth.