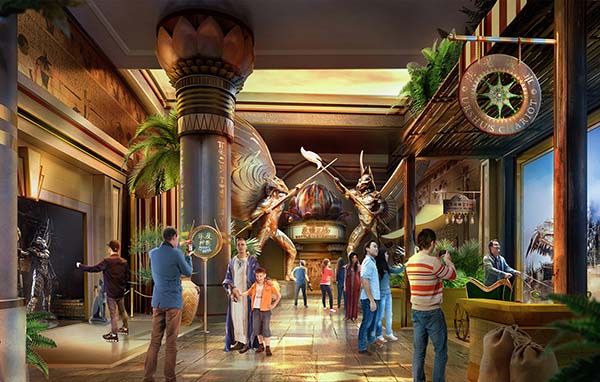 The Lionsgate Entertainment World theme park included in the initial phase of the Novotown project is described as the ‘first movie-themed multi-sensory interactive centre in the world’.

Covering 22,000 metre² of indoor space, it offers 30 interactive and immersive attractions from American entertainment company Lionsgate, including The Hunger Games, The Twilight Saga, The Divergent Series, Now You See Me, Escape Plan and Gods of Egypt.

The Director of Hengqin New District Administration, Chuan Yang advised at yesterday’s grand opening “with the announcement of the Outline Development Plan for the Guangdong-Hong Kong- Macau Greater Bay Area and the Hengqin International Leisure Tourism Island Construction Scheme, Hengqin has embraced an unprecedented opportunity in leisure and tourism development.”

"By working closely with our international partners, as well as creating immersive entertainment attractions featuring blockbuster movie properties, we expect guests in the Greater Bay Area to enjoy sensational experiences with their friends and families at Novotown.”

As well as the attractions, also on offer are themed dining outlets including Hunger Games-inspired Capitol Club; Peeta’s Bakery; and the Lionsgate Cafe.

Kelly Ryner, President of consultants Thinkwell Asia, added “as Thinkwell has been developing theme parks, family entertainment centres and museum exhibits around the world for many years now, we know there is nothing in the market like this and I am confident it will not only grab the attention of people on Mainland China, but internationally as well.” 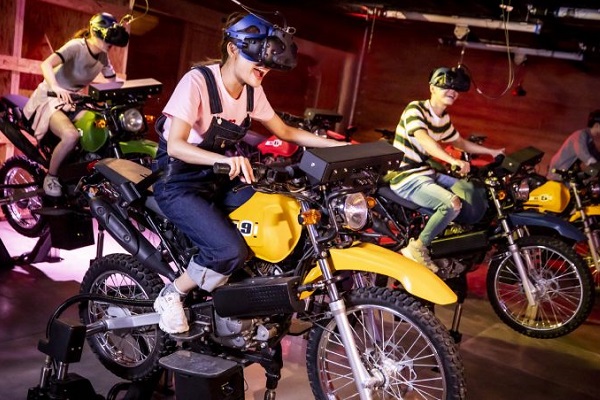 Novotown Phase II will immediately start its construction work, with the development themed around sports and education. Having already partnered with global brands such as Real Madrid Club de Fútbol and Harrow International (China) Management Services Limited, Novotown has also announced that the project’s Phase II will also be home to a motorcycle themed location based entertainment centre, following the signing of the License Agreement with its third major partner, Ducati.

Key Attractions of Lionsgate Entertainment World theme park
The Twilight Saga - Midnight Ride
Race with Jacob and the wolf pack on a daring VR dirt-bike adventure through the moonlit woods. But beware, beyond these hallowed hills, a different kind of creature roams, and this one is out for blood!

The Twilight Saga - Bella’s Journey
Step into Bella’s shoes and journey through The Twilight Saga like never before. From love’s first kiss to the threat of the Volturi, the timeless blockbuster film series comes to life all around you.

Divergent - VR Fear Simulator
Enter into the world of the VR Fear Simulator and test your fears by walking between skyscrapers and braving the darkness of a pitch-black maze. This engaging multi-sensory experience will have you questioning reality!

Divergent - The Chasm Challenge Course
Take on climbing walls, suspended bridges and vertical drops in this zig zagging course that will put your balance and strength to the ultimate test. Will you reach the next level?

Gods of Egypt - Battle For Eternity
Experience the world’s first purpose built indoor Virtual Reality Roller Coaster as you trek through the desert of ancient Egypt and soar over pyramids in this epic adventure.

The Hunger Games - Mockingjay Flight Rebel Escape
Suit up and take flight alongside the rebellion on this action-packed adventure through the world of The Hunger Games. Danger lurks around every corner, but hope is in sight on this exhilarating 3D motion simulator attraction. May the odds be ever in your favour!

Escape Plan - Prison Break
Locked in the most secure prison ever built with guarding around the clock, you’ll need to work as a team to solve puzzles and overcome the obstacles to regain your freedom in one of the most technological advanced escape rooms in the world.