A major exhibition on the development of New Zealand’s National Parks has just opened in the Chinese capital of Beijing.

The project is part of Lincoln’s five-year collaboration with leading Chinese universities and links with the Chinese Government’s push to establish a national agency to manage its protected areas.

Head of Lincoln’s DesignLab and project lead, Associate Professor Mick Abbott, said countries like China look to New Zealand for leadership and ideas on how to effectively deliver biodiversity outcomes while managing recreation, tourism and public involvement in conservation values. 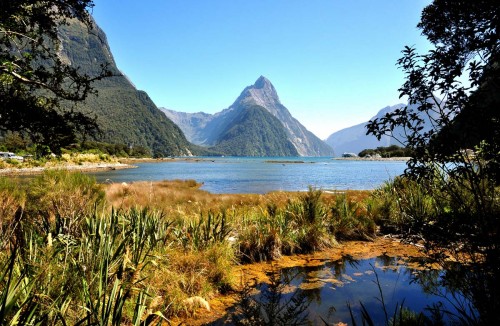 Associate Professor Abbott explained “the exhibition also showcases Lincoln’s research, and that of Tsinghua University on the future direction of protected area management.

"New Zealand has a lot to share on how to manage adverse environmental impacts in protected areas. We can also learn a lot from how China celebrates its cultural connections with nature."

Associate Professor Abbott said the collaboration would strengthen New Zealand’s connection with China, through the sharing of knowledge and networks, adding “this exchange of ideas is a timely precursor to both governments announcing 2019 as the International Year of China New Zealand Tourism."

The exhibition, held at the Museum of Chinese Gardens and Landscape Architecture, was opened by New Zealand’s Ambassador to China, John McKinnon. New Zealand’s Department of Conservation and the New Zealand Centre in Beijing were also represented.