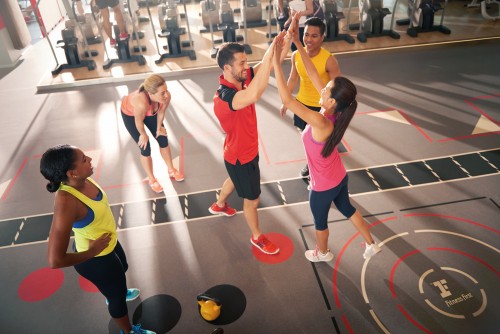 Virgin Active Health Clubs and Chinese private equity firms are reportedly among a group of potential buyers for Fitness First’s Asian and Australian gyms, as the break-up of the international chain looks increasingly likely.

Once the United Kingdom’s biggest fitness club operator as well as being one of the world’s largest gym chains, Fitness First’s American owners, Oaktree Capital Management and Marathon Asset Management are reported to be dividing up the group for sale following years of poor performance in the face of cheaper rivals.

With discussions reportedly well advance for sale of Fitness First’s UK clubs to sports retailer and rival fitness club operator DW Sports, HSBC has been appointed to find buyers for the Asian and Australian sites.

The chain, which still counts Sir Richard Branson’s Virgin as an investor, reportedly wants to spend US$200 million in the region.

Fitness First opened seven new sites in Asia during 2015 and revenues were almost double that generated in the Britain during 2015. The group’s Asian operations reportedly generate a healthy 10% operating margin.

Fitness First’s Australian operations have been rebranded and moved upmarket over recent years and reportedly generate a smaller operating margin of around 3%.

Globally, Fitness First currently has more than 300 gyms, including 67 in Australia, 84 in Germany, 95 in Asia (including 17 in Singapore and eight in India).

Fitness First’s Middle Eastern operations, where it now has more than 60 clubs, are managed under licence by the Landmark Group.