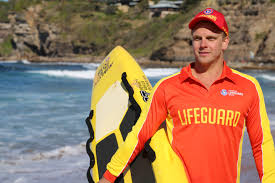 Operation Edge was the summer safety campaign which aimed to ensure that beach goers had an enjoyable day at the beach. Lifeguards were required to ensure a high visibility presence on beaches and work with the community to make sure they remained safe along the NSW coast.

The Australian Lifeguard Service (ALS), in partnership with local councils, commenced patrols on more than 90 beaches along the northern NSW coast on Saturday, 19th December 2009, utilising more than 350 employed lifeguards.

The holidays started with very poor weather throughout the state but this was followed by a lengthy period of long, hot days. Lifeguards reported big crowds with most beaches reporting that the number of beach-goers was at its highest level in many years.

During the five and a half week period, 652 people required to be rescued. The vast majority of these were relatively easy rescues where people found themselves in deeper water and were unable to cope. Most beaches reported a small number of rescues but lifeguards in the Bega Valley Shire were kept busy with 262 rescues; more than 120 of these were at the new lifeguard station at Bar Beach, Merimbula.

Unfortunately, there have been eight coastal deaths in NSW since the beginning of Operation Edge, all of these being on unpatrolled beaches or well outside the red and yellow flags.

An important part of a lifeguard’s duty is to carry out preventative actions - where the lifeguard advises a swimmer that they are swimming in a dangerous location, swimming outside the flags or has proactively provided other safety advice. It is undertaken usually when the swimmer is in danger of getting into trouble. During the summer holidays, lifeguards carried out 103,063 preventative actions, with more than 17,500 warnings being issued in the Byron Shire, just over 13,000 on Port Stephens Council beaches, more than 8,500 warnings in the Great Lakes area and more than 8,300 actions in the Tweed Shire.

Lifeguards provided first aid and emergency care treatment to 6,848 people. Many of these were minor cuts, lacerations and marine stings. In one case, the lifeguards at Shoalhaven Heads quickly recognised an unconscious male after he collapsed at the surf club kiosk. Their swift actions saved the man’s life. In another case, lifeguards at Turners Beach (Yamba) treated an elderly man after he had suffered a cardiac arrest on the beach. He was unable to be revived.

Lifeguards have suggested that the holiday period has been one of the busiest summers in many years.

ALS NSW State Manager Stephen Leahy, explains “long serving lifeguards and lifesavers have told me that they haven’t seen bigger crowds on our beaches in a long time.

“The traditional busiest week of the year are the days between Boxing Day and New Year’s Day. Poor weather meant this was our quietest week but beaches have been very busy since then.”

Leahy also paid tribute to the lifeguards. “It’s an absolute credit to the team who have provided an outstanding service to the community under some very trying conditions.”

“I believe that we have some of the best lifeguards in the world working for the Australian Lifeguard Service here in NSW. They have made sure the public remained safe under a wide variety of weather and surf conditions. Lifeguarding is more than just a job and their dedication has made sure our beaches have remained safe over the summer.”

“Their efforts have upheld the true traditions of surf lifesaving in Australia of vigilance and service.”

The Australian Lifeguard Service also recognised the community for remaining safe this summer.

As Leahy adds "we applaud the community for enjoying the beach safely over the last six weeks.

“While we saddened by the recent spate of drownings, most people heeded the advice and warnings we issued over summer, especially during periods of dangerous surf. We are certainly impressed with the behaviour of visitors to the beaches.”

It also made 27 shark sightings.