LeSports Connect to present insights into sports business in China 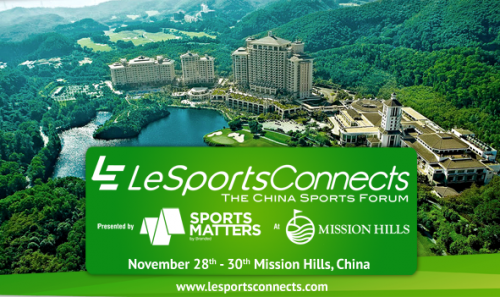 A new event LeSports Connects: The China Sports Forum, will later this month provide insight and connections into the people that are driving sports business in the world’s most populous country while focusing on the contribution the region is making to the global sports and entertainment industry.

Being held at Mission Hills, China from 28th to 30th November, the invitation only event will be a meeting place for the who’s who of China’s rapidly growing sports industry.

With 2016 the most important year ever for sport in China, LeSport Connect is expected to attract in excess of 500 delegates.

Speakers at the event include:

In addition, former Manchester United and England football legend Rio Ferdinand will be bringing his FIVE digital and lifestyle brand to China, furthering his understanding of the culture, its people and the growing interest in grassroots football and to meet the elite of the Chinese sporting, digital and broadcast world.