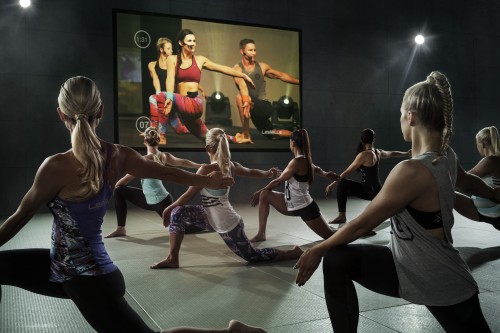 With virtual fitness a fast growing sector of the industry, Les Mills, who have recently introduced the Les Mills Virtual product to the Australian and Asia Pacific markets, has shared their insight into the establishment of successful virtual program at a gym, club or recreation facility.

With many gyms and fitness facilities have installed or are on the verge of launching a virtual offering, Les Mills see that to get the most out of a virtual fitness set-up, users need to understand the different ways it can be used and also ensure it is integrated effectively for maximum uptake.

Why go virtual?
There are many obvious benefits, from increased timetable flexibility to the ability to run group fitness classes around the clock - but there are also some surprising and creative uses as well.

Here are just some of the ways that facilities are using virtual systems:

• The feedback from gyms and facilities with virtual fitness offerings in place is that these classes are attracting new participants who may not have initially had the confidence to try a live class. Members give a virtual class a go, gain confidence, learn the moves and then want to step into a live class. Virtual classes are acting as a feeder into traditional classes, broadening and increasing member attendance. Studies reflect that live class number increase 12% when Virtual is run.
• With 24-hour gyms and flexible work hours becoming more popular, the traditional peak hour period at the gym is becoming much more blurred. With virtual fitness as an option, facility owners can cleverly combine virtual and live classes so that there aren’t any service gaps. Classes can be offered 24/7, if desired.
• Emergency backup - facility managers are often juggling instructors and timetables and with a virtual fitness option as a backup, managers can work around instructors’ ideal hours, sickness, public holidays and other absences and timetable hiccups.
• Try before you ‘buy’ - virtual classes can also be used to test the popularity of a new timeslot or experiment with a new type of class before making it a live one. 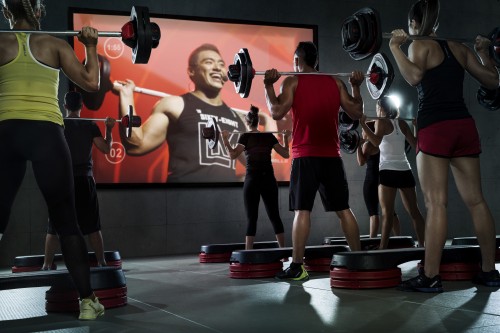 Virtually foolproof: How to ensure your virtual offering is a great success
It’s not just enough to install a virtual system, hit the play button and forget about it. To successfully integrate virtual fitness into your facility, there are a few critical elements to consider.

The first interesting thing to note is that a virtual fitness program is best used in an environment where it’s not the only group fitness format on offer. Data from a Wexer Global Consumer Survey in 2015 shows that only 14% of people go to a virtual class only, instead of a live class. So the virtual option is there to compliment other offerings and also act as a feeder into live classes.

Other important considerations include:

• Staff knowledge - live classes and traditional instructors play a key role in the integration and maintenance of a virtual offering at a gym or fitness facility. Traditional and virtual work best together, with members being able to float between the two types of classes depending on what’s most convenient and their mood and preferences on the day. It’s important that instructors talk about the virtual option in a positive and knowledgeable way along with reinforcement from front desk staff.
• Promotion of virtual fitness - promotion of a new virtual system should start well before the new virtual product arrives. You want time to get members comfortable with the idea and allow plenty of opportunities for explanations about how the system will work and, of course, you need to build anticipation and excitement. Virtual fitness is a futuristic development and can be promoted as such to position your facility as on trend and forward thinking. It shouldn’t be positioned as replacement for face-to-face interactions at your gym or club. Instead, it should be promoted as an additional option for members - one that offers fun, variety and flexibility.
• Quality of installation - it’s really important that the quality of a virtual system is up to scratch. When introducing something new, customer skepticism and judgment will always be at its highest. Crackly sound, poor quality visuals or technical hitches will affect the important first impression of your new offering. Quality hardware and adequate testing are recommended.
• Growth scheduling - it is important to have set classes scheduled at the same time every week to build class numbers. Most exercisers are creatures of habit attending the same class at the same time each week. A consistent virtual schedule drives exercise compliance with the same group of people turning up each week, creating a new social bond or club within the club. Many clubs have been observing scheduled class numbers growing steadily. On demand classes can have the opposite effect because the first person to arrive chooses the workout and the expectations of other members that follow won’t be met if they do not get the experience they wanted. 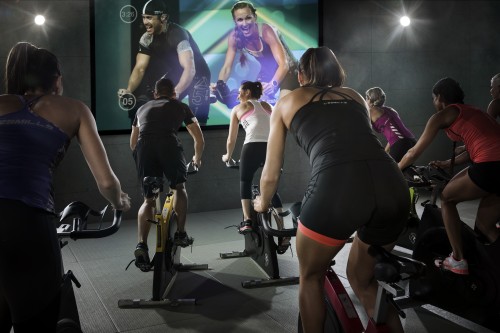 Virtual benefits Benefitness
When Benefitness and Health Centre in Fairview Park, South Australia, chose the Les Mills Virtual program, the aim was to provide members and the owners of the centre with flexibility, access to great instructors and a competitive point of difference.

Managing Director Darren Saul said the primary factors that appealed to the centre about the Les Mills Virtual solution were the music, choreography, high quality production of videos and the quality of instructors.

Saul explains "we have the program set up in two of our studios - one for Group Fitness, which is a video wall of nine 50 inch panels and one dedicated to spin classes. We would love to offer a third studio down the track.”

Within four month, the benefits were obvious, with Saul stating “it's a lot less intimidating for people starting out with group fitness, who are too scared to go to a live class to begin with.

“It also has big appeal for shift workers wanting to do RPM, Body Pump and Body Combat.

“We’ve found that a lot of people just don’t have the time to attend the usual live classes, but can fit in a late Saturday or Sunday afternoon class.”

When it comes to getting the message out about the classes, the centre promotes virtual classes as a compliment to live classes, not a replacement.

Saul adds "I think people are always scared of change but the positive feedback we have had from members has been great.” 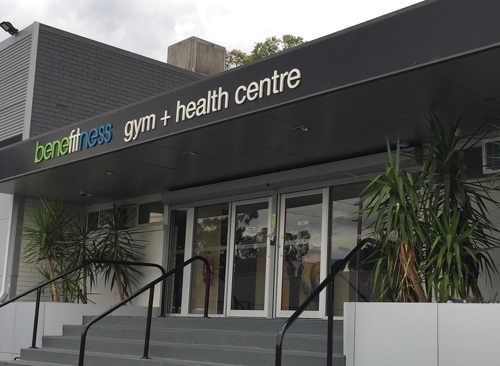 As for those who enjoy Les Mills Virtual classes, Saul says that says it's mostly women of all ages and shift workers who love the flexibility of the classes. It also appeals to the younger generation that wants everything on demand. Body Balance and RPM are particularly popular at the centre.

He adds “in the beginning only a couple of people would attend a class, as it was such a new experience.

“Over time we pretty much see people in every scheduled virtual class we have on during the day, evenings and weekends.

“The most we have had in a virtual class is 25 for a Body Pump. Other people catch up in groups of about 10 and do a class together as friends."

By promoting the classes in its welcome packs and through social media channels, Benefitness has seen a difference in member take-up of the classes and also new memberships.

While the promotion of the classes has helped their popularity, the demographic of the club is also perfectly suited to virtual fitness, according to Saul “we are heavily female skewed in our club and I think females are more into group fitness, so they are more willing to try this new concept. On saying that, there are males that are doing Virtual RPM, BODYPUMP and BODYCOMBAT classes that have never done a live class before.

“Word of mouth is our best advertising."

Saul says he thinks it will be expected in the future that every club offers a virtual component, concluding “as more industries are offering services 24/7, the same will go for gyms and the services they offer within the facility.”