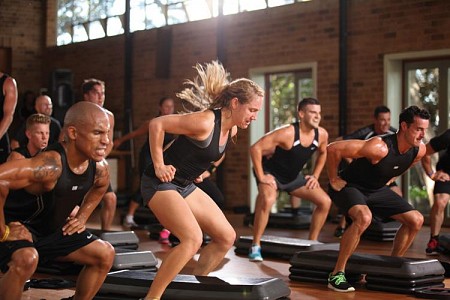 Digital transformation is one of the key factors in Les Mills International’s efforts to improve customer engagement across the more than 17,000 clubs that use its group fitness programs around the world.

In a recent interview with CMO, Les Mills Chief Technology Officer Aaron O'Brien (pictured below) explained how the leading global fitness provider has “embraced the digital channels and are really evolving the business.”

O’Brien explained that “we gone from being a traditional business 15 years ago, with a wide reach globally but a pretty small team based in New Zealand, to wanting to service our markets better and be a lot more engaged one-on-one.

“Our point of difference is we have modern music, refreshed every quarter that is provided to the club.

“We refresh content we give to (clubs) every three months, so they get new music, new choreography and new training (and) a couple of times a year, they need to attend an event where they are constantly upskilled.

“So we’ve gone from being a group fitness company to an events company, to a music company, and we’ve really started to delve into all these areas to make the group fitness experience really special for our customers.

“We used to ship all of our music from New Zealand to the rest of the world, so you’re talking about hundreds and thousands of units of DVDs – that’s lots of plastic.” 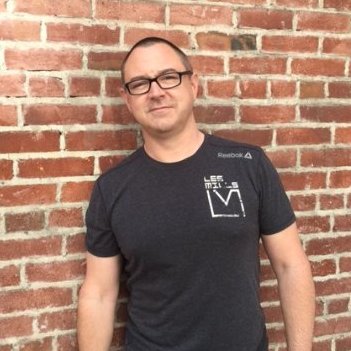 Having moved to a digital platform the company has explored a closer relationship with its customers.

O’Brien “we had internal applications that dealt with customers, but we didn’t have a way of interacting with those customers one-to-one.

“We don’t sell to consumers, we sell certified programs to instructors, so there was a need to have a direct relationship with them and provide them with a product.”

Stantive Technologies founder and Chairman Doug Girvin “we started engaging with Les Mills about two-and-a-half years ago and there were a whole series of projects that formed a part of that digital strategy.

“The whole idea is to put it all on the Salesforce 1 platform, so there’s now this space that connects all these customer bases together, informing and capturing key customer interactions in real-time.”

He added “when Les Mills moved from DVD to a digital download, there was a whole level of due diligence to go down to make sure we protect that licence.

“While we solved the distribution problem, we’ve also really protected IP along the way.”

O’Brien highlighted a raft of other consumer behavioural and distribution challenges Les Mills needed to overcome during the digital transformation process.

O’Brien explains “When we started, we were using VHS tapes, and when we started shipping DVDs there was a certain percentage of people who said they don’t have a DVD player.

“Then when we moved to digital, and there were 10-20% who asked ‘hang on, how do I get this thing from the Internet to my iPhone?’ So there was certainly a lot of education that was needed to communicate.

“There were also challenges around distribution – you get used to being a manufacturer who will put it on a palette and ship it worldwide, but scaling out and reaching 100 countries is a reasonable technical challenge.

“Luckily we’re working with Doug and his crew who were familiar with this, to ensure the actual rollout to market was a success.” 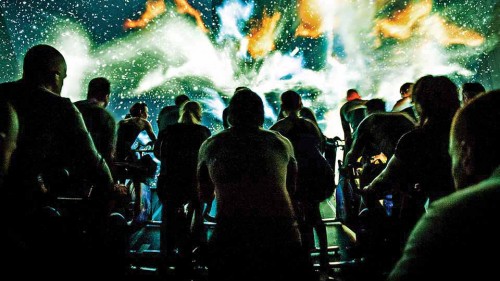 Since Les Mills kicked off its digital journey, O’Brien revealed it has expanded in the last 18 months to now reach 80 markets.

He adds “the rollout has been really successful and much quicker than I expected it to be,” he added. We aim to be 100% digital by April next year, so within 24 months, we would have moved from only DVDs and plastic, to become fully digital.”

With the emergence of the next generation of wearables, augmented reality, virtual reality and immersive products impacting user experiences, O’Brien is mindful of this ‘digital disruption’.

He explains “everyone is talking about disruption at the moment, but the fitness industry is going through quite a revolution.

“Look at how quickly we’re embracing wearables and how many ways there are to experience fitness and wellness. It’s not just about being in the gym anymore, it’s about embracing fitness as a complete lifestyle choice. As a result, we have to innovate at a faster pace than ever.

“The great thing is we’re working with our big chain customers and they see this disruption, so what could have been a barrier two to three years ago, is no longer a barrier.

“We want to ensure we own that experience with our end user, right throughout their existence and not just in the gym. All of our gym customers have been really positive about this direct consumer offering that we have.”

In the last two months, Les Mills recently launched a direct consumer product, where end users can supplement what they do in a gym with a home class.

Another area Les Mills is experimenting in is an immersive product in larger gyms, which is based around a 180-degree experience.

Introducing this technology, O’Brien states “it’s like being in a Night Club. You really get fully immersed into it, the screens are 15 feet tall and wrapped right around. It’s a great way to keep things modern, especially for the up-market gyms.”

Les Mills is also looking at virtual reality, which O’Brien predicted will be huge within the fitness industry.

He explains “we’re about providing amazing experiences - and it’s surprising that when you invest in the technology, how quickly you can get that.

“We now have a lab going where we have classes where we’re experimenting with all the virtual reality headsets, which I think will become the next big thing.

“We don’t have wearables integration yet but we’re getting there, we’re just on the cusp of that right now. For us think it’s more about creating an app across platforms that everyone can use, rather than just going with a specific piece of wearable hardware.”

Moving to digital, O’Brien recognised the benefit of being able to track, test and measure at every touch point of the customer journey.

He explains “even a few years ago our marketing was subjective, but as we’ve moved into digital marketing, it’s all measurable.

“Every touch point and piece of engagement is measurable. We have metrics across all aspects of our marketing now and it’s all about customer satisfaction, quality of service and engagement of certain. It’s changed our entire marketing team and our focus.”

In order to leverage end-user customer engagement, O’Brien said social channels had been particularly important for the business. Already, Les Mills has a number of active social teams operating in different markets, with a focus on video.

He adds “social is a key channel for us.

“Our instructors are our biggest voice and also our ears to the market. They are teaching the classes and getting the feedback – and we value that feedback because they consolidate it.”

O’Brien explains that Les Mills’ engagement strategy is based around education and content, rather than hard sell tactics, commenting “we want to have more of a partnership around the fitness lifestyle.

“For instance, we do education around fitness, and around basic fitness - you’ll be surprised to know how many people don’t even know where to start. There’s so much information out there, they actually want the basics.

“We’ve got a nutrition product that we’re also selling, and we talk a lot about nutrition. Interestingly, in the last six months one of the most popular series we’ve had has also been fitness during pregnancy.” 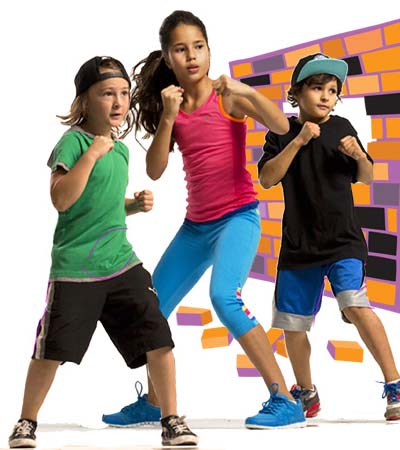 Les Mills has also leveraged engagement with a younger audience by rolling out a children’s program directed straight to the end consumer, in order to address what it recognised as an alarming child obesity epidemic.

O’Brien added “one of the things we’re really passionate about is that we’re still at heart, a family-owned business.

“If you look at the predictions on health and the rates of child obesity, my CEO (Phillip Mills) in particular cannot comprehend why Governments are not focusing on child obesity.

“In 20 to 30 years, it’s going to be a really big problem. So we came up with a kids program (Born to Move), which wasn’t really about money, it was about more around how can we get fitness programs in schools, how we can get into gyms and we can get kids moving and really interested in fitness and activity, before they hit the gym age.

“We have classes going back to only three years’ old now, right through to 16. The kids programs we’re rolling out direct to consumer, because we want to help as many kids as we can – that is the important thing.”

Click here to find out more about Les Mills Asia Pacific via their entry in the Australasian Leisure Management Supplier Directory.