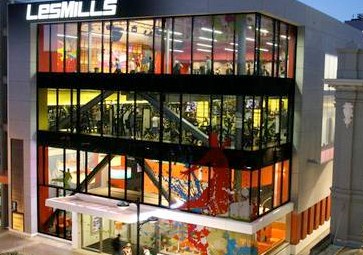 Recognised by judges for "rapid regeneration of (its) membership base, daily tracking and reporting of 'member experience' KPI's (and) an informed together team working to achieve targets", the club also won the Precor – Club of the Year award for (1500+ members).

Managed by Fitness New Zealand, the 2012 Awards were held on Saturday (24th November) during the FitEx Conference and BusinessGrow seminars.

Commending the Lakes Leisure managed facility, Award Head Judge Dr Nigel Harris stated "over 90% of Alpine Health & Fitness members recommend their gym to others and over 90% of the staff have stayed with the club since first opening three years ago. Their impressive growth and high attendance numbers are an indication of happy, loyal members. Their reinvestment is testimony to their ongoing commitment to continued member-centred excellence."

Alpine Health & Fitness Manager Richie Heap is very proud to have the facility and its staff recognised through the award, stating "it's fantastic to have been recognised as being a top notch community health & fitness facility by our peers."

COMMUNITY & EDUCATION AWARDS
Corporate Initiative: Bene-fit, Auckland
Judges' comments: A supervised programme that overcomes barriers to exercise, Bene-fit has built confidence and empowered participants who would otherwise be unlikely to use gym-based exercise as an option. A notable aspect of the Bene-fit program is that 90% of participants have continued to exercise regularly, many now hold gym memberships and use the gym regularly. Such initiatives provide deeper reach for the fitness industry into the corporate market so clearly needing to embrace all that regular, structured exercise has to offer health and productivity

Horley's – Community Award: Arena Gym at Pettigrew Green Arena
Judges' comments: Arena Gym has continued with its successful provision of programmes that benefit user groups across the wider community. A learning facility for local students, an educational and exercise facility for local DHB Cardiac and Pulmonary Rehab programmes, Arena Gym has recognised the value such community initiatives bring to their local community.

For more information go to www.fitnessindustryawards.co.nz