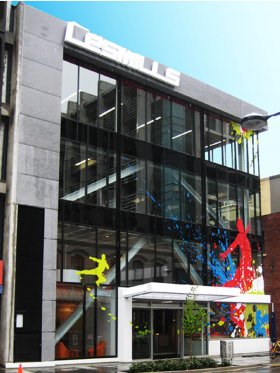 For the second time in three years, Les Mills Christchurch has been named Supreme Club of the Year at the New Zealand Fitness Industry Awards.

Having survived the city's devastating February 2011 earthquake, Les Mills Christchurch was first named Supreme Club of the Year in 2012. Now, in 2014 it has again won the award, which this year is sponsored by CYBEX.

At an award ceremony held in Auckland on Saturday evening (22nd November) Les Mills Christchurch was also awarded Club of the Year (over 1,500 members), sponsored by Ezypay.

Among clubs and studios, New Zealand Fitness Industry Awards were presented to:

Education and Community Awards were presented to:

This years Awards have seen a lot of new initiatives introduced into the process for the first time; clubs who made it through to the second round of the awards entry process were asked to complete an NPS (Net Promoted Score) Survey, the Live Assessment (final judging round) for five of the awards categories, plus the introduction of the new Educator of the Year category (an amalgamation of two previous categories) and recognising NINE organisations that were all awarded Awards of Excellence in the Community category.