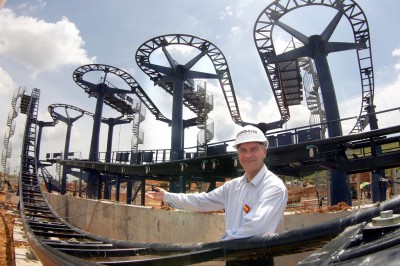 The Legoland Malaysia theme park is on target to open in 12 months time, with Muhammad Zainal Ashikin Muhammad Rejab, Chief Executive of IDR Resorts Sdn Bhd, saying that the project is currently 40% complete with all construction work and manpower recruitment on schedule for the December 2012 opening.

A recent landmark has been the unveiling of the RM13 million steelworks for the major rollercoaster which is expected to be one of the park's main attractions.

IDR Resorts, a member company of Iskandar Investment Bhd, which is developing the project with UK-based Merlin Entertainments, is confident that the family-orientated theme park theme park will draw up to one million visitors during the first year of operation.

Located on a 31 hectare site in the regional city of Nusajaya, the US$240 million theme park will be home to 40 rides. The park will be divided into seven themed areas, designed for participants of all ages to explore and enjoy. 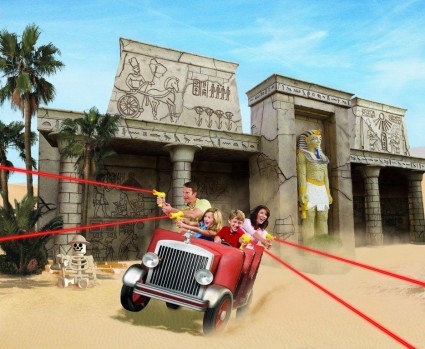 'The Beginning' will be the entrance area where the Legoland adventure begins. It will feature a major retail outlet offering the largest selection of Lego toys.

'Lego City' is where children will get to captain a boat and check out the junior driving academy where they will get to drive their own Legoland cars.

There is also the Rescue Academy, where the entire family can race in Lego fire trucks to hose down a burning building.

Another attraction will be 'Miniland', where millions of Lego bricks will be used to build replicas of some of prominent landmarks including Kuala Lumpar's Petronas Twin Towers; the Angkor Wat temples of Cambodia, Singapore's Merlion and the Taj Mahal.

In the 'Land of Adventure', visitors will get to journey 'ancient' temple ruins to recover a pharaoh's stolen treasure while Dino Island will test the courage of the bravest families.

'Lego Kingdom' will be an interactive medieval adventure while the 'Imagination' zone will be a place to build and play with Lego bricks.

Meanwhile, the 'Lego Technic' will feature the park's major rollercoaster along with Aquazone Wave Racers with power skis and water blasts.

15,000 Legoland model structures, to be located throughout the park, are currently being constructed at a Lego model building centre in a nearby industrial park.

Legoland Malaysia will be the first Legoland in Asia and the sixth in the world - others being sited in Denmark; United Kingdom; Germany; Florida and California.

There are future plans for Legolands in South Korea, Australia and Japan.

In advance of opening, IDR Resorts is offering early annual passes at discounted rates on its website. They are priced at RM195 (US$61) for adults and RM150 (US$47) for children.

For further details, go to www.legoland.com.my