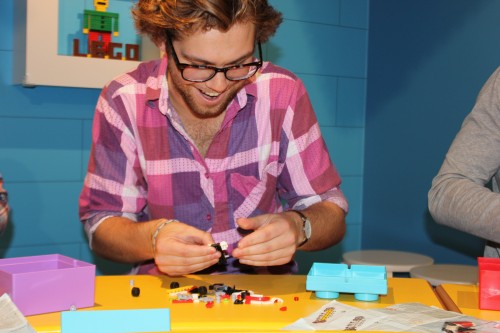 Older fans of LEGO have been able to enjoy the new LEGOLAND Discovery Centre Melbourne during its first Adults Only Night on Thursday (25th May).

The first of three scheduled events for older LEGO enthusiasts, the events saw adult enthusiasts test every corner of the new indoor playcentre, including the contained play climbing gym and slides, while the MINILAND Melbourne scavenger hunt, peed build competitions and the Build and Test zone were also favourites.

Designed for children between the ages of three and 10, and their families, interest in the new centre had resulted in reports that unaccompanied adults had been turned away at the door of the playground.

With adults not allowed to enter the centre unless accompanied by a child aged 17 or under, media reports suggested that adult LEGO fans had threatened to lodge human rights complaints over the age limits.

The Guardian Australia reported that one LEGO fan, Mark Robinson, said he would complain to the Victorian Civil and Administrative Tribunal and the Victorian Equal Opportunity and Human Rights Commission about the rule, which he claimed was a form of age-based discrimination.

Mindful of the interest in the store from all ages, upcoming adult nights are being held on Thursday 22nd June and Thursday 20th July.