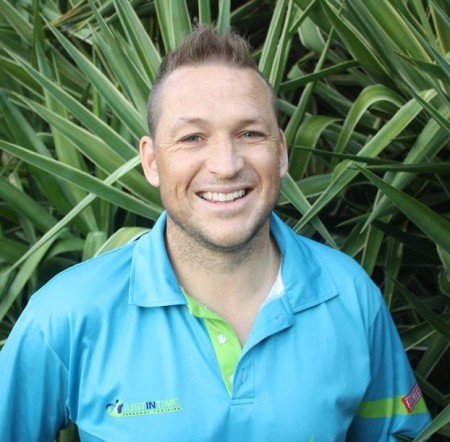 In a Blog and Linkedin post entitled ‘Commando Steve, SAGE Institute and the many shortcomings of the fitness industry’, Moran, a personal trainer and Managing Director Just In Time Personal Training, writes “the problem is that these lot will put their name to anything ‘if the price is right’.

“They have no integrity, they stand for little other than to profit and lead the public down a pathway that merely lines their own pockets.

“You hear of it commonly in the music industry when a band ‘sells out’ and this is what these guys have done on the back of the success of the Biggest Loser.

“They have established themselves well. Michelle Bridges has set up an empire. Sure her programs help people to lose weight, get active and improve their well-being and for that I commend her. But what it has done is help form an industry that severely lacks credibility and seems to be getting worse before it gets any better.

“I am often initially dismissed when dealing with some physiotherapists, chiropractors, surgeons or other health specialists ... why, because I and my team are bundled into the bracket of below average and under-qualified personal trainers.

“Why do I say it is getting worse? I have been involved in the fitness industry for now approaching 20 years. I have seen it all! Gyms sell every five to seven years and re-badge themselves, PT studios and franchises come and go.

"The one thing that just seems to get worse and worse is the blatant marketing to numerous ‘would-be’ personal trainers to join and undergo sub-standard courses in the belief that they will make a difference and go on to be a successful Personal Trainer!

“Less than 10% of Certificate III and IV graduates go on to survive in the industry for more than two years and earn a salary of over $50,000! So where does that leave the other 90% that spend thousands to undertake these course and come away from a career they went into initially blinded by the outstanding marketing that goes with these courses.

“The Sage Institute came under fire earlier this week, with Commando Steve as the ambassador. The fact remains that the course is in some quarters not recognised on its own to gain employment. Imagine shelling out $18,000 to come away with a qualification that wouldn’t give you a qualification to land you a job! 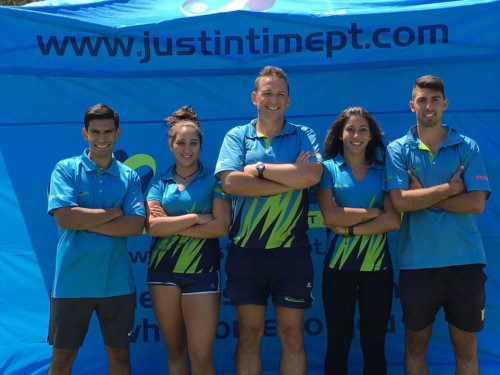 “The minimum standard for employment in the fitness industry is a Certificate III and IV in Personal Training. As anyone that knows me and my business, I am proud to boast that I only employ University/Tertiary degree trained and qualified trainers and would be one of only three (if that) in Melbourne to do so.

“The Sage Institute, Australian Institute of Fitness and any other provider of a Certificate III and IV is not a Tertiary or University degree and as such would not get a position within my highly regarded and first-class team.

“Please don’t get me wrong as there are some absolutely fantastic trainers out there that do possess the bare minimum Certificate III and IV standard and everyone deserves the chance to get involved in the industry and to have the extreme pleasure that I get to help people improve their lives, their health, their self-esteem, their work-life balance, their posture, reduce pain … I could go on forever.

“For me and my business, the fact that the standards of trainers are low helps me no end. The general public are slowly but surely learning to differentiate between the good and the bad trainers and hence we have gone from three trainers to five trainers in the space of two months and we have had more new clients start in the first two months of 2016 than for the entire year last year!

“What I would like to see is course providers being up-front and honest with not only their marketing but then letting applicants know they have less than a 10% chance of excelling and being involved in the industry for more than two years. As much as I run my own rapidly growing and successful mobile Personal Training service in Melbourne, I also have a vested interest - and always have - in improving the standards of personal training in Australia.

“I urge you as either a fellow personal trainer to raise the bar. Don’t sell out yourself and jeopardise your credibility and integrity. Don’t align yourself with a supplement company. Just do your job, charge what you will but get results the way you should- through education, guidance, empowerment, dedication and nurture positive behaviour change. I recently on the hunt for a new trainer to join my team searched far and wide and let’s just say that anyone aligned with Herbalife, Isagenix, Healthpointe 2.0, and the like didn’t even get a look in. Raise the standards yourself and all of those around you.

“If you are a course provider, lift your game. Put peoples lives and careers ahead of your constant desire to make money and profit off poor unsuspecting souls. Surely you’re better than that?

“And lastly, if you are Michelle Bridges, Commando Steve, Shannon Ponton or Tiffiny Hall, sadly you are admired and considered the best in the industry, you are not but perception is reality. Find some integrity and deliver better, safer and educated guidance to clients/contestants and to the young and up-and-coming personal trainers coming through the ranks.”

Justin Moran can be contacted on email: justin@justintimept.com

For more information on Just In Time Personal Training or to read Justin Moran's Blog go to www.justintimept.com

10th May 2015 - COUNTRY TOWN FITNESS FRANCHISE GETS THE BLUES