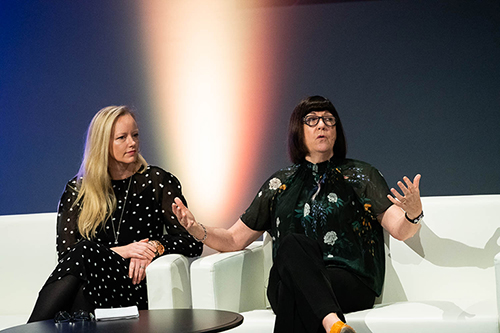 Sport Australia and the AIS have announced successful applicants for two new Talent Programs aimed at addressing the under-representation of female sport executives and high-performance coaches in Australian sport. The programs are funded in partnership with the Office for Women.

17 coaches and 16 executives have been selected from more than 250 applicants to participate in the intensive leadership development programs that will run concurrently in 2019.

Advising that advances continue to be made for elite female athletes in Australia, including some sports making a commitment last month to take steps towards pay equity, Palmer emphasisied the lack of opportunity for women in other areas of sport, particularly executive and coaching positions,

Saying this situation was "intolerable", Palmer advised "despite the recent appointment of female CEOs in sports such as basketball, equestrian and water polo, of the 63 sports we fund, only 15 - less than a quarter - have female CEOs.

“Sport Australia will continue to advocate for progress. We will not turn a blind eye to what is an unacceptable and systemic imbalance.

“These new Talent Programs have been designed to shift mindsets and behaviours in Australian sport. We want participants in these programs to be part of that transformation. These programs will focus on building the personal skills of participants so they can maximise their professional development and drive change as influential leaders in sport.

“The Executive Program in particular draws women who already have a strong background in sports administration, but also women from other industries who want to make a difference in sport.”

The announcement of the programs coincides with the third annual Women’s High Performance Coaching Forum being held at the AIS today and being attended by more than 30 coaches.

Conde said the lack of female high-performance coaches was an issue across all high performance sport.

He added "this is a systemic issue the AIS is determined to lead on behalf of all Australian high-performance sport.

“It’s true, there has been a progression in the profile and recognition of female athletes and competitions in recent years, but that hasn’t resulted in more high-performance coaching opportunities for women.

“It’s encouraging to see female coaches from professional sporting codes embracing the opportunity to be part of these programs because we need a collective sport solution. Let’s challenge the status quo and address the very real issue about why a greater percentage of women are not progressing in high performance coaching roles.”

The programs will begin with their first workshops at the end of March, covering areas such as leadership presence, professional networking and understanding barriers to organisational diversity.