Largest ever cultural exchange announced between Australia and United Kingdom 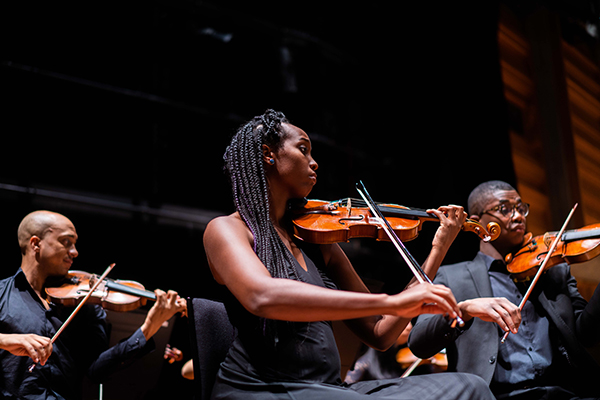 The UK/Australia Season - a major new cultural exchange between Australia and the United Kingdom - has been announced today, celebrating the diverse and innovative artist communities and cultural sectors of each nation.

A collaboration between the British Council and the Australian Government’s Department of Foreign Affairs and Trade, under the patronage of Her Majesty the Queen, the UK/Australia Season is a unique artistic program of more than 200 live and digital events, marking the largest ever cultural exchange between the two nations. Launching in both countries in September 2021, The Season will strengthen and build cultural connections and will include a diverse program spanning theatre, film, visual arts, dance, design, architecture, music, literature, higher education and a public engagement programme.

Artists, thought leaders and academics from the UK and Australia will collaborate together to create work, centred on the theme Who Are We Now? The Season will reflect on our history, explore our current relationship, and imagine our future together.

The program includes extensive collaborations between UK and Australian universities across the country, following an open call for partnership with Universities UK, Association of Commonwealth Universities and Universities Australia. This includes grants for trilateral climate research projects, UK Australia student collaboration on global challenges, panels, keynotes, forums, webinars and publications exploring aspects of the theme Who Are We Now?

High Commissioner of the United Kingdom to Australia, Victoria Treadell notes “It is wonderful to celebrate the launch of the UK/Australia Season, and we look forward to the most incredible year ahead as we highlight our modern and relevant people-to-people links. The Season is a celebration of not only our culture, and how our artists, performers and our educational institutions connect, but also how we recognise each other for who we are today. This is about a celebration of the UK and Australia, and I am really looking forward to the months and year to come.”

Co-Chair UK/Australia Season, David Gonski adds “The creative and higher education sectors have always thrived when artists and academics from around the world can share knowledge and practice. The Covid-19 pandemic has significantly challenged both sectors and The Season provides important opportunities to collaborate in these two key markets, delivering not just a deeper understanding of each other but long-term opportunities and economic impact."

Season Director of UK in Australia and Director of the British Council in Australia, Helen Salmon advised “The fact that the UK/Australia Season even exists at this moment is extraordinary. Over the past 18 months, our arts and education colleagues have shown steely tenacity, but also flowed like water, re-forming time and again to adapt to and reflect these times. If the past year has taught us anything, it is our deep yearning for connection, something which sits at the heart of everything the British Council does. I am so inspired to see our two nations emerging from opposite sides of the globe to share experiences, collaborate, and re-imagine. We are in a liminal period, a time of great change, and it will be our artists and thinkers who help us make sense of things. They will show us who we really are, and who we might become.”

Season Director for Australia in the UK Michael Napthali added “The first-ever bilateral program of cultural exchange between Australia and the UK could not be more timely. Although there is much that binds us, do we really know each other as well as we think we do? Given our evolving relationship, the UK/Australia Season is an invaluable opportunity for our two nations to reflect on our past, our current relationship and where we can go together through the lens of art and culture. The Season provides a framework for honest and inspiring conversations led by our artists, visionaries, thinkers, civic and policy leaders to respond to the proposition “Who Are We Now?”

Highlights of the “UK in Australia” program:

Highlights of the “Australia in the UK” program