Landmark University of Sydney Museum gets the go ahead 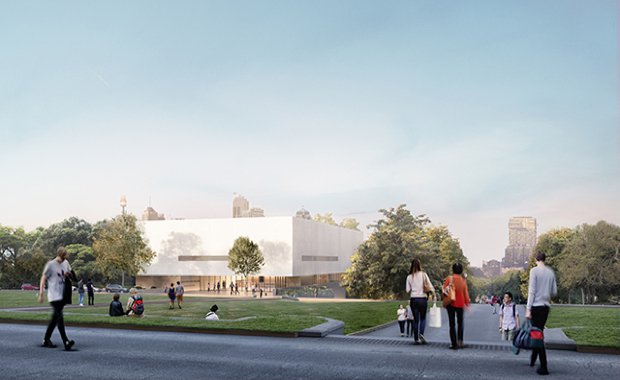 A new museum that will combine the University of Sydney’s various museum collections, which has received a $15 million donation from Chinese-Australian entrepreneur Dr Chau Chak Wing, is to go ahead.

To be known as Chau Chak Wing Museum, the new facility will be merging the sites of the University’s current Macleay Museum, Nicholson Museum and University Art Gallery, as well as collections from a number of currently fragmented locations into a single museum ‘super site’.

Designed by Johnson Pilton Walker, the new museum building will have an approximate gross floor area of 7,500 metre² and will be sited, partly below ground, in a landmark building in front of the University’s main quadrangle.

Go-ahead for the new facility was announced this week, despite controversy over Dr Chau’s so-called ‘soft power’ connections to the Chinese Government.

Fairfax Media and the ABC revealed this that the Australian Secutiry and Intelligence Organisation (ASIO) have advised politicians against taking donations high profile Chinese businessmen, including Dr Chau. 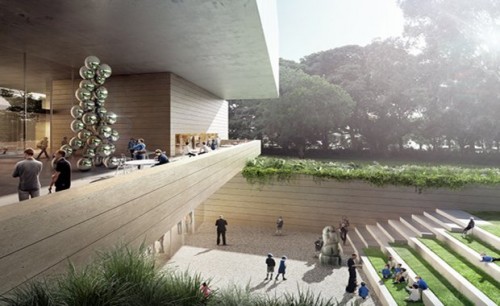 According to the University of Sydney, the new facilities will enhance their ability to use their collections for teaching of students, for academic research and cutting-edge investigations, and to enable public access and engagement with items in the collections, many never publicly-displayed before, through innovative and dynamic exhibitions. They also envision the new museum to be a place where Aboriginal significance, “Sandstone University” heritage and a new cultured university environment can be recognised and celebrated.

A statement from the University advised “visitors to the museum will be able to see far more of the collections than they can at present.

“The Chau Chak Wing Museum will embrace the aspirations and needs of teachers, students, researchers and wider communities in Sydney, across Australia and internationally in a multidisciplinary and visionary initiative.

“In line with international best-practice standards, the museum will provide temporary exhibition galleries alongside permanent galleries, while specialised study centres will enable teaching with material culture and scientific specimens designed to match the University’s research and teaching interests.” 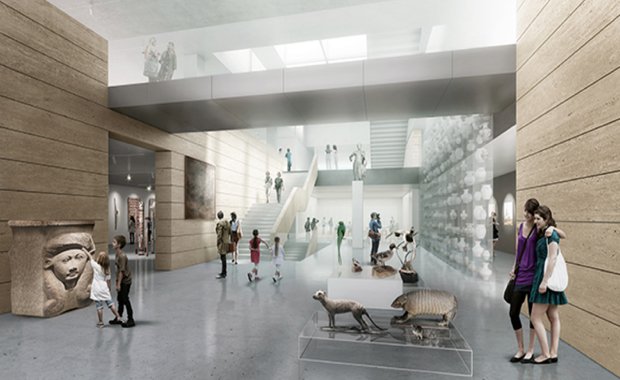 Commenting on the project, Dr Chau stated “museums are an important part of city cultural life. It is a common aspiration of people all over the world to promote cultural heritage, and it’s our responsibility to ensure it is passed on to future generations.

“In the more than 160 years that the University has been established it has continuously strived for excellence in teaching and research, educating many of the world’s most outstanding individuals. This notion of rigorous scholarship is a view shared by Kingold Group’s corporate philosophy – the relentless pursuit of excellence.

“I hope that this collaboration will further promote education and enlighten people, building a platform for greater international cultural exchange.”

The NSW Government Planning and Environment Department is currently reviewing the development application for the museum, which is sitting in the exhibition phase of the process.

The University expect to begin construction later this year with the official opening expected to occur in 2018.