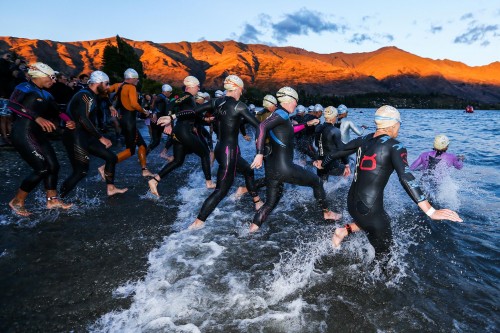 New Zealand’s largest annual triathlon festival, Challenge Wanaka, has announced that both the half and full distance races will come under the Challenge Family banner for 2017.

Previously the half distance was known as the Lake Wanaka Half and while run concurrently, was a separate brand to the full distance Challenge Wanaka.

Announcing the change, Challenge Wanaka Race Director, Bill Roxburgh explained “the half has, to all intents and purposes, been part of Challenge for a number of years now, it just had a different logo.

“We felt it important that all athletes felt included within Challenge on an equal footing, regardless of the distance they were racing.

“After discussions with Challenge Family, we were able to make this happen. Now both half and full distance athletes can qualify for The Championships in June 2017 and race alongside the best in the world, as well as feel even more embraced by the unique Challenge Family feeling.”

Challenge Family Asia Pacific Chief Executive, Marcus Altmann, said it was good to see another half distance event added to the region, stating “this brings the number of Challenge Family events to nine in the Asia Pacific region, providing athletes with not only more qualification options but also a with a diverse range of events across both the full and half distance.”

“We anticipate this will translate into increased participation from overseas and look forward to working with the team at Challenge Wanaka to make the most of this opportunity.”

“The half has consistently grown bigger and bigger every year and with the ability for athletes to compete for Championship and Roth slots in 2017, I think this is a great incentive for even more athletes to come race in Wanaka. This event is my favourite race in New Zealand and I can't wait to come back to defend my title in 2017.”

Challenge Wanaka is New Zealand’s largest annual triathlon festival with over 2,500 participants of all ages and abilities.

The 2017 Challenge Wanaka will take place on Saturday 18th February next year.

For full details and entry information go to www.challenge-wanaka.com