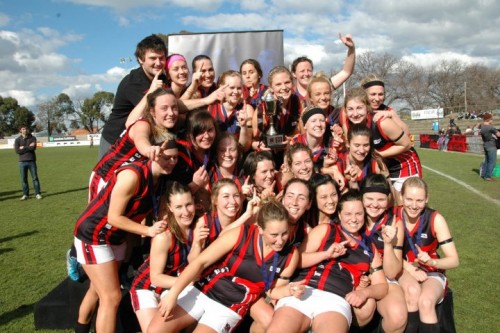 La Trobe University, located in the Melbourne suburb of Bundoora, has begun work on developing a major on-campus Sports Park.

With A-League club Melbourne City already housing their training facilities on campus, the Sports Park will further strengthen the university’s plans to create a significant sporting hub for the city’s northern suburbs.

The project is part of the university’s master plan for a ‘University Town,’ for students, residents, businesses and the wider community.

La Trobe Vice-Chancellor John Dewar said the integrated Sports Park concept was a first for Australia as it would partner the community and elite sport user groups with the University’s teaching and research expertise.

Dewar stated “located on 60 hectares in the south west corner of the University’s campus in Bundoora, it will provide a unique environment for play, performance, teaching and research in sport.

“It will allow community participation in sport and physical activity alongside elite athlete programs, and foster collaboration between university students, world-class sport researchers and the sport industry.”

The precinct’s initial designs will include an eight-court indoor multisport stadium for netball and basketball. Other infrastructure planned to be built include a strength and conditioning training facility, teaching and research space, synthetic hockey and football pitches and upgrades to existing ovals and pavilions.