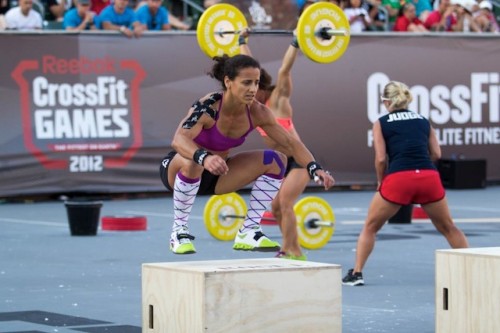 Introduced to Korea in 2006, after a slow start compared to its massive international growth, CrossFit gyms and memberships are growing exponentially.

Rather than the standard rows of treadmills, elliptical machines and weights, CrossFit gyms feature an open, wide space for team-based exercises that are focused on varied, high-intensity and functional movements.

As Reebok CrossFit Sentinel gym Chief Executive Cody Hunter explains "most people who get the opportunity to try something new like CrossFit will leave the traditional gym, even if it's twice the price because the amount of value you get from being around people who want the same things as you do is priceless."

Over 4,000 gyms in the USA use CrossFit programming, as do fire departments, law enforcement agencies and military organisations.

Hunter continues "the reason for its quick growth is because we're doing it to change lives.

"We do it to make people better, healthier, and we do it a really different way, so people enjoy our product."

According to Hunter, the reason more and more people are trying CrossFit is because jumping on a treadmill for 20 minutes while listening to music is an outdated and ineffective way to exercise. People need accountability and a group of people to encourage them, which is why community is such an important concept in CrossFit gyms.

Reebok CrossFit Sentinel, which was one of the first CrossFit gyms to open in Seoul, features two types of classes: CrossFit and Bootcamp. Unlimited membership costs 260,000 won (US$234) per month or 2.49 million won for 12 months. Each class has two coaches and no more than 15 to 20 people.

Typically, the class will go through a warm-up, a skill development segment, the high-intensity workout of the day, and a period of individual or group stretching. If members haven't been showing up to class, coaches will give them a call to check on them.

When CrossFit first came to Seoul, it was mostly popular among expatriates in the South Korean capital. However, over the last couple of years, more and more Korean natives have enrolled, causing a major spike in CrossFit memberships.

In fact, Reebok CrossFit Sentinel's newest location in downtown, has 300 memberships with the majority of them being Korean businessmen and women.

Hunter adds "at first, I think Koreans were weirded out by the high-fives and team dynamics because the businessmen are professional and not necessarily used to it.

"They might be a CEO of a company, who's standing next to their junior, so it can be a little different for them. But once you loosen them up, they love it."

While the traditional gyms are known for advertising impossible six-pack abs and bulging biceps, CrossFit swears that those results are guaranteed as long as participants eat well and consistently do the workouts.

Despite its ever-increasing popularity, Hunter believes that a lot can still be done, adding "you think about Seoul, with over 20 million people, and there's maybe 20 official gyms, so in terms of scale, there's so much more room to grow."

A typical class, which lasts between 45 minutes to an hour, consists of a warm-up activity, a lesson on nutrition, and a skill-based exercise like handstands or wheelbarrow walks.

Roberts explains "kids learn early on that sports are good for you, but once they finish high school, they need to understand that exercise is something they need to do for the rest of their life.

"In Korea, appearance is important, but it's done in the wrong way. It's about looking skinny, but not necessarily being healthy.

"So we want to take that and educate them on how it's ok to want to look good, but it's far more important to be healthy, not just skinny."

For more information go to www.reebokcrossfitsentinel.com/