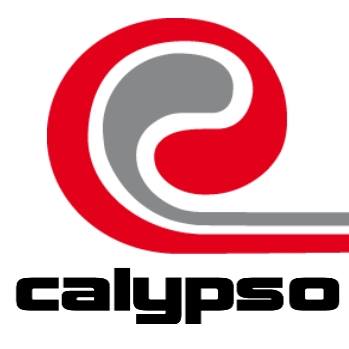 Leigh Ashton, Director of Calypso Sports & Fitness in North Shore City is concerned that the NZ Government's $82 million Kiwi Sport funding will not be spent wisely.

Ashton states that "the increased funding for youth sport is fantastic; however there are numerous problems with our current system. High burnout and drop-off rates, few qualified and capable coaches, fundamental movement deficiencies, and sky-rocketing injury rates are just a few.

"Sport is a great vehicle for physical activity, social interaction, and life skills, but kids these days are not physically prepared for the demands that sports place on them. In our modern lifestyle sitting indoors outweighs outdoor play and this means kids are not as well-rounded or injury resilient as they were a few decades ago."

"When kids develop a base of transferable skills and fitness before sport specific competition, they improve performance, increase adherence to activity, and prevent injury."

In a media release issued following Prime Minister John Key’s launch of Kiwi Sport last week, Ashton highlighted the United States National Strength & Conditioning Association’s recent findings that up to half of injuries suffered during youth sport could have been prevented if more emphasis was placed on developing fundamental fitness abilities prior to sports participation.

Ashton continued "youth coaches need to know this stuff but there are currently no youth fitness or athletic development qualifications offered in New Zealand.

"In addition, the majority of coaches are just volunteers. If the adults involved are not up to the job they can do more harm than good; it might be better to scrap the structured sports trainings and competition and just send the kids out to the park for free play and outdoor adventures."

Leigh Ashton would like to see more attention brought to the above issues.

"The Government is in a position to reshape youth sport in this country and set an international example. Unfortunately, feeding more kids into a failing system is only going to produce more of the same poor results."

Labour Sport and Recreation spokesperson Chris Hipkins said funding changes announced would include stopping direct funding of Sport Fit co-ordinators and moving away from needs based funding to population based.

These claims have been dismissed by Sport and Recreation Minister Murray McCully, describing the criticism as being the result of “selective and shonky number-crunching.”

Minister McCully went on to state “assertions … that some poorer secondary schools will be worse off because Kiwisport is not funded according to decile ranking, as the current Sportfit programme is, ignore the new funding allocated to the regional trusts for school partnerships.

“Even taking the most extreme examples, every young New Zealander will attract significantly more funding than under the current system. Most will be substantially better off, as you would expect when the new programme will spend over $20 million per year compared to the existing $5.3 million.

“The new system will give schools and their partners more choices as to how the funding is spent, but I would expect that the provision of sports coordinators will be a top priority for the vast majority of schools.

“We have opted for the partnership approach because we see the potential for significantly more than the $20 million from Kiwisport being invested in sport for young New Zealanders.