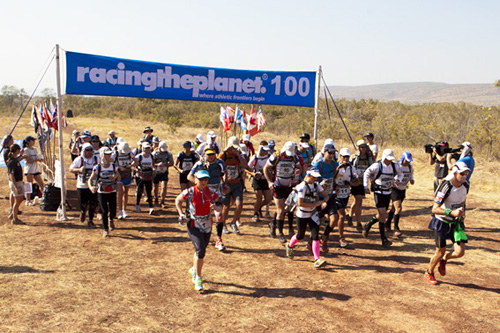 Turia Pitt, one of two women who suffered life-threatening burns while competing in the Kimberley ultramarathon in 2011, has reportedly reached a $10 million out-of-court settlement with the event's organisers.

Pitt was left with horrific burns to 60% of her body after being caught in a bushfire that swept through the 100-kilometre ultramarathon course when it was staged in September 2011.

According to the West Australian newspaper, Pitt reached an out-of-court settlement with race organisers Racing the Planet.

In the wake of the incident Racing the Planet and event sponsors Tourism WA were condemned by a Western Australian parliamentary committee.

Racing the Planet, which continues to stage ultramarathon events around the world, was found not to have taken reasonable steps to maintain the safety of competitors, staff or volunteers.

The parliamentary committee report stated that the company had been aware there had been fires in and around the course on the day of the race and should have recognised the risk posed to competitors, staff and volunteers.

It found the company did not adequately consult with relevant authorities such as St John Ambulance, and did not make arrangements for the use of a helicopter and also found the company failed to test its communication system prior to the race.

Tourism WA was also criticised for not having a system for assessing risk management plans for sponsored events.

The other severly injured participant, Kate Sanderson reached a settlement with Racing the Planet last year.