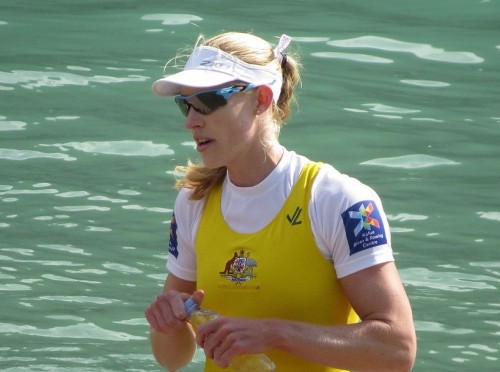 The 31-year-old has competed at the three most recent Summer Olympic Games, winning double sculls silver and singles sculls bronze at London 2012 before claiming single sculls gold at the 2016 Games.

After years of success on the water, which has also seen her win single sculls gold at the 2013 and 2015 World Championships, Brennan, a qualified solicitor, now has the task of inspiring the next generation of Australian sports stars.

Commenting on her appointment, Brennan stated "I am so proud to have been given this role.

"I'm an incredibly proud Australian Olympian and I love what the Youth Olympics stands for.

"It's an amazing opportunity for top-level competition for young, talented athletes, while also being a celebration of all that is great about the Olympics.

"I love mentoring younger athletes and I love their excitement and the passion.”

The event has proven to be a pathway to success for Australia with the likes of slalom canoeist Jess Fox, and swimmers Kyle Chalmers and Emma McKeon, representing the country at the Summer Youth Olympics before going on to win multiple Olympic medals.

Brennan herself competed at a Sydney Youth Olympic Festival in athletics in 2001.

Brennan was first notified of the opportunity to be a part of the team late last year before her role as Chef de Mission was given the green light by the Australian Olympic Committee (AOC) Executive in February, following Susie O'Neill's decision to stand down.

She is hoping the event provides a chance for her to continue to grow in terms of leadership, management and learning more about the behind-the-scenes elements of the Olympics.

Brennan will lead a team of approximately 95 Australian athletes in more than 30 disciplines at what will be the third Summer YOG following Singapore 2010 and Nanjing 2014.

The event in Argentina's capital is scheduled to run from 6th to 8th October 2018 and will feature close to 4,000 of the world's best 15 to 18-year-old athletes.

Brennan also sits as the Deputy Chair of the AOC Athletes' Commission, which had two highly-prized votes in the national governing body's Presidential election earlier this month.