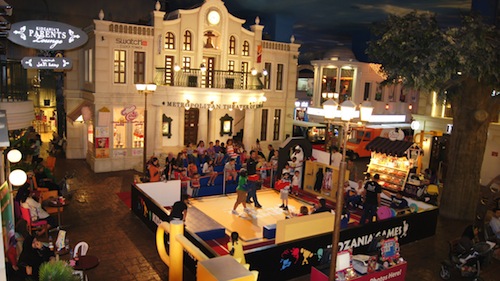 The 7,600 metre² facility will feature 60 attractions and 90 role-playing activities suitable for children between the ages of four and 14, and has the capacity to entertain 1,500 visitors at any one time.

Unique to KidZania Singapore are private sector partnerships, such as with Maybank Singapore, to offer role-playing activities that are similar to real world experiences. There will also be a football stadium for children to practice and for coaching lessons.

Announcing the new attraction, Will Edwards, Attractions Chief Executive for Malaysia-based Themed Attractions Resorts & Hotels stated “Singapore is a new market for us. Sentosa generates a lot of tourist visitations and we believe this new attraction will attract domestic visitors and tourists from China, Hong Kong, India, Malaysia, Indonesia and the Philippines.

“As such, we will develop special packages for tour operators and organise fam trips for overseas travel agents. It’s different compared to KidZania Kuala Lumpur, where the location attracts domestic visitors mostly from the Klang Valley.”

This is the second KidZania facility developed by the company.

Their first facility, KidZania Kuala Lumpur, opened in 2012. There are currently KidZania parks in 17 countries including Indonesia, India, Thailand, Russia and South Africa.

KidZania is the brainchild of Mexican entrepreneur Xavier Lopez Ancona who opened the first KidZania in 1999 in Mexico City.