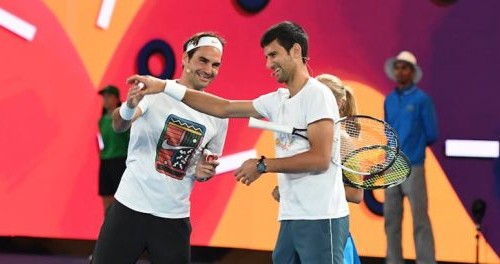 The annual event aims to drive tennis participation and encourage children and their families to pick up a racquet and play.

Commenting on the successful inititiative, Tennis Australia Director of Participation, Paul Cammack stated “Kids Tennis Day is all about attracting kids to the sport, and in particular showcasing ANZ Tennis Hot Shots, our official development program.

“Today has been fantastic. The AO Ballpark, a brand new kid zone open throughout the tournament, has attracted a whole host of new people to the site.

“We have broken the previous record attendance by 2000 people, with more than 17,500 at Melbourne Park.” 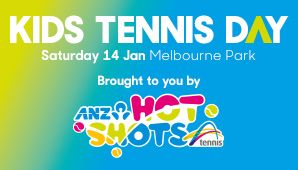 Novak Djokovic, Roger Federer, Milos Raonic and Daria Gavrilova starred at the Rod Laver Spectacular alongside DreamWorks Animation’s Poppy and Branch from the movie Trolls, The Penguins of Madagascar including Skipper, Kowalski, Rico and Private and PO from Kung Fu Panda 3.