KFC Australia has this week launched its 2015/16 cricket campaign, reintroducing the Home Cricket Ground (HCG) - the celebrated home where Australians can be themselves and enjoy the nation’s traditional favourite summer pastime, cricket.

This year’s campaign is an evolution of the 2014/15 campaign that saw ‘the HCG’ concept introduced to the country. Across the summer, KFC will celebrate the HCG as a place where Australians can fuel their love of cricket and indulge their own HCG traditions, comforts and rituals.

“Most Aussies watch cricket at home - hence our idea of the Home Cricket Ground, or HCG.

“Not only is the HCG much bigger than the MCG or SCG, it’s the one place where you can do what you want, be yourself and, of course, enjoy some KFC.”

This summer, players and fans within their respective HCGs will also be encouraged to showcase their activities using #theHCG across social media.

Alongside the social campaign KFC and Mediacom has developed a fully integrated campaign across multiple channels and touch points, PR, in-ground, outdoor, digital, radio, POS and a partnership with Channel 9 and Channel 10.

Throughout the duration of the campaign, KFC is working with Shazam as the first advertiser globally to partner across both packaging and media touchpoints. This partnership will drive a truly connected campaign for consumers. 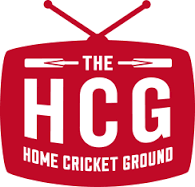 “We’re thrilled to be celebrating Australians’ HCGs and rituals, activities and fun that happens across the country.

“For the past five years, the KFC T20 Big Bash League has become synonymous with Aussie summer bringing energy and excitement to HCGs around the country. With even more stars recently confirmed from Australia and across the world, the 2015/16 season is set to be the biggest and best yet.

“We’re so excited for the league kicking off in January.”

To celebrate its partnership with cricket, KFC Australia, in association with Cricket Australia, has also created a series of cricketers’ stories featuring some of the country’s most loved cricket personalities including Steve Smith, George Bailey, Mitchell Starc, Shaun Marsh and David Warner.

These short clips will show the players reminiscing about their own time spent within their HCG growing up. These will be exclusively aired with Channel 9 throughout the Commonwealth Bank Test Series against New Zealand and West Indies.

Throughout the summer, KFC will also execute their sponsorship at all KFC Big Bash League and KFC International T20s games around the country, working with Channel 10 to broadcast all the action live.

KFC is a Gold Partner of Cricket Australia, a partnership that started in 2003, and will continue to hold the naming rights to the KFC T20 International and T20 Big Bash League.