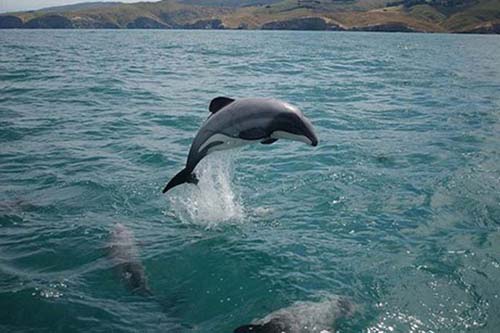 Found off the west coast of the North Island, it is estimated there are only 55 Maui’s dolphins left in the world. Given this sad reality, Kelly Tarlton’s is doing its bit to support the dolphins’ preservation with a special deal for customers this weekend.

The first 55 people to enter Kelly Tarlton’s on Saturday and Sunday will receive 55% off the cost of entry, with the remainder of the admission fee donated to ‘The Last 55’ – a World Wildlife Fund (WWF) campaign to raise awareness and support for Maui’s dolphins and save the remaining 55 of the species.

Kelly Tarlton’s General Manager Phil McGowan explains “World Oceans Day on 8th June is an opportunity to both celebrate the sea and shine the spotlight on the many species in need of protection.

“The sea is an inherent part of New Zealand life and, whilst we want to celebrate its countless wonders, it’s important to remember the many threatened marine species. There is a very real need to protect Maui’s dolphins, which are serious danger of extinction and desperately need our help.

“We encourage people to come along this weekend to show their support for this special species, and also enjoy World Oceans Day, taking in the many marvels of our underwater world.”

WWF Marine Species Advocate Milena Palka welcomed Kelly Tarlton’s backing for the initiative, stating “it’s great to have Kelly Tarlton’s support to save these amazing animals. Everyone can help by going to thelast55.co.nz and signing the petition to let our political leaders know they need to take action to save this precious species.”

Christine Rose, Chair of Maui's & Hector's Dolphins Education/Action Inc, says World Oceans Day is a chance for New Zealanders to be the ‘voice’ for Maui’s dolphins.

Rose added "World Oceans Day is a great time to reflect on the treasures of the sea – and one of the rarest and loveliest of all those treasures are the Maui's & Hector's Dolphins. Kelly Tarlton's SEA LIFE Aquarium is, with tens of thousands of New Zealanders, speaking up for our own wee dolphins and celebrating the beauty of our oceans.”

For details about ‘The Last 55’ campaign, visit www.wwf.org.nz.

To find out more about World Oceans Day go to www.worldoceansday.org