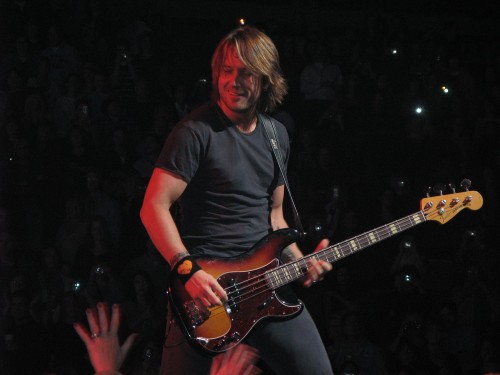 Australian country music singer and international star Keith Urban has been announced as the first artist to headline the International Convention Centre Sydney’s (ICC Sydney) Theatre as of the venue’s opening on 14th December 2016.

With the entire ICC business and entertainment precinct set to be fully open in the weeks before Christmas, managers at the ICC Sydney have this week been able to display the entertainment venues that will be a key part of the $3.4 billion redevelopment at Sydney’s Darling Harbour.

Announcing Keith Urban’s performance, ICC Sydney Chief Executive Geoff Donaghy said the concert was a coup for the venue and will help secure its place as Sydney’s home of inner city entertainment.

Donaghy explained “we are thrilled to have a famous Australian icon launch what will be one of the nation’s leading entertainment venues.

“ICC Sydney Theatre will provide visitors with an unparalleled experience and is just one of our premium entertainment venues within the integrated precinct which will host a year-round calendar of events including major concerts, comedy shows, theatrical performances and more.

“The concert will mark ICC Sydney’s arrival on the city’s cultural radar and put us front and centre on the nation’s main stage.” 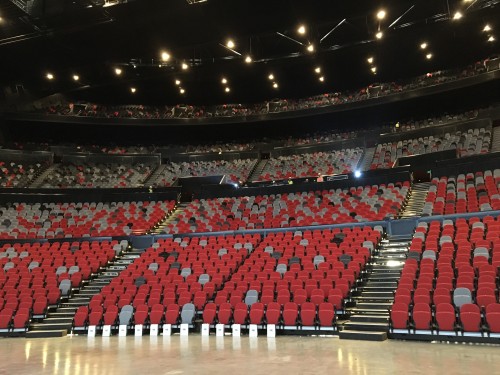 The stage on which Urban will perform on is the focus of a state-of-the-art 8,000-seat (9,000 capacity) fan-shaped venue which brings audiences closer to the stage and provides unobstructed views for all.

Located just a short distance from the site of the old Sydney Entertainment Centre/Qantas Credit Union Arena, which is now in the final throes of its demolition, the new ICC Sydney Theatre aims to provide an extraordinary entertainment experience for visitors.

With Australia’s largest purpose-built stage area, which at 44 metres wide is up to twice the size of many Australian live entertainment venues, ICC Sydney Theatre will feature stellar audio visual technical equipment and a design that will provide an unrivalled blank canvas for event directors and producers to creatively design shows within.

The venue presents a theatre-like design, where seating is configured in forward-facing layers, rather than in a traditional horseshoe mode.

ICC Sydney Director of Live Entertainment, Phil King explains “there's just nothing like it in Australia of this size and magnitude.” 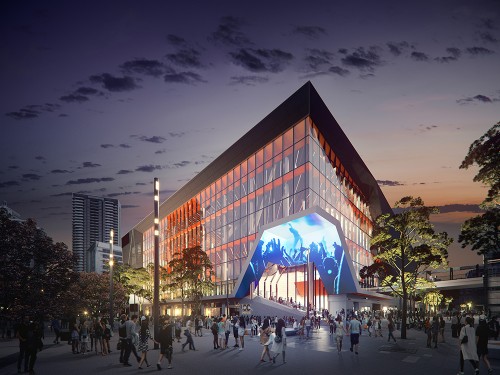 The ICC Sydney Theatre is the largest of three theatres built as part of the 20-hectare transformation of Darling Harbour. The other venues are the Darling Harbour theatre, with a capacity of 2,500, and the more intimate 1,000-seat capacity Pyrmont theatre will also open in December.

Alongside these venues ICC Sydney will feature a range of performance spaces including Australia’s largest ballroom, a 5,000 metre² open air Event Deck and 35,000 metre² of exhibition space.

With the entire ICC Sydney precinct managed by AEG Ogden, the venues will not only benefit from  AEG Ogden’s regional experience in running convention centres but the group’s affiliation with AEG Facilities, the stand-alone affiliate of the Anschutz Entertainment Group (AEG), one of the leading sports and entertainment presenters in the world.

With precinct approaching completion, venue management are set to occupy the building in the coming weeks and then begin three months of test events. 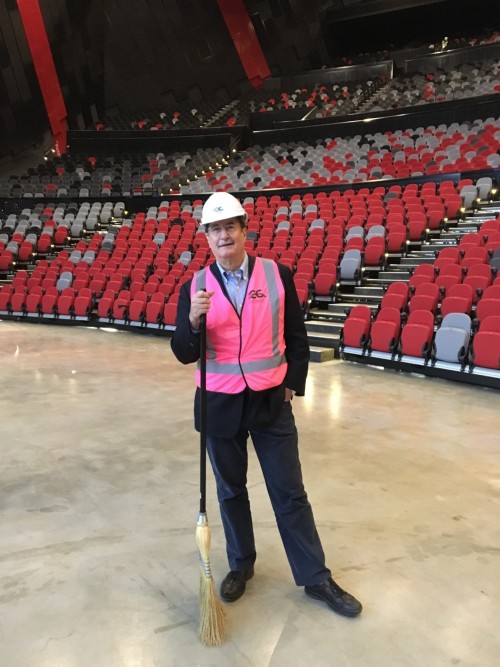 Tickets for the concert will be on sale from www.ticketek.com.au  as of 31st August.

For more information go to www.iccsydney.com