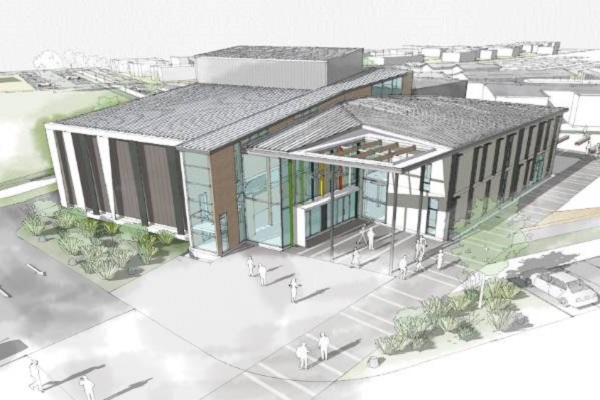 The new Kapiti Performing Arts Centre is to open for the public to explore on Saturday 22nd February 2020.

With work on the Centre approaching completion, the Public Open Day will start a 14-day opening season of celebrations as local talent and two of the biggest names in New Zealand performing arts take to the new stage and put the venue through its paces.

Performances by the Royal New Zealand Ballet and the New Zealand Symphony Orchestra will help showcase the Centre as an important venue for touring shows.

Kapiti College Board of Trustees Chair Cas Carter, who has led the successful fundraising campaign since the concept was first conceived, stated "we are incredibly excited to finally be at the stage where we can open the doors to the public.

“This has been an enormous project for the Kapiti community and with so many people contributing to it in so many ways, we are delighted to be able to share the completed Centre. The Public Open Day is our way of showing the people of this district and beyond what a truly magnificent facility Kapiti now has.”

The Open Day, with its gold coin entry, will also assist the campaign as funds are still required to achieve the target set to pay for the centre.

Carter added "we believe this Performing Arts Centre will have an enormous impact on the community and will quickly establish itself at the centre of Kapiti’s cultural life in the performing arts, it will be a space for the whole of Kapiti and beyond to enjoy not just our local arts but visiting artists as well. The immediate interest from the Royal New Zealand Ballet and the New Zealand Symphony Orchestra have proven that.”

Executive Director of the Royal New Zealand Ballet Lester McGrath is looking forward to the Company’s first venture into the venue, stating "we are delighted to be the first company to perform at the newest and most fabulous venue on the Kapiti Coast with Tutus on Tour in February 2020. It's an exciting time for the Kapiti community whose collective vision and unwavering efforts have resulted in the creation of this versatile, modern and accessible theatre.”

Local performance groups and students will also feature strongly in the programme across a wide range of art forms, reflecting the Community and College partnership that created the Centre.

Kapiti Coast District Mayor K Gurunathan is looking forward to seeing this regional asset open its doors to the community, noting "we have a vibrant arts community and the Council has invested in the success of the Centre to ensure community access to the facility is assured. The Performing Arts Centre will offer an affordable space for community performers and will greatly enhance our district’s ability to host professional theatre performances which is very exciting for our community and our district’s economy.

“The line-up for the opening season looks great and I commend the Board, Committee and students efforts to make sure there’s a high level of involvement from the community, from the College and from the world of professional theatre.”

The New Zealand Symphony Orchestra will also present a concert to bring the Opening Season to a dramatic conclusion on Saturday 7th March and tickets are available now.

JS Bach’s Goldberg Variations is a masterpiece. First written for harpsichord, it opens with a beautifully tranquil and ornamented aria followed by intricate and distinct variations. NZSO performs this gem of the baroque idiom for regional audiences with the variations performed on a variety of instruments.

The New Manager of the Performing Arts Centre, Sonia Hardie, is looking forward to the Opening Season.

She concluded “we’ll be working hard to ensure all of the theatre facilities and systems are in place to accommodate this wide-ranging programme and beyond.”