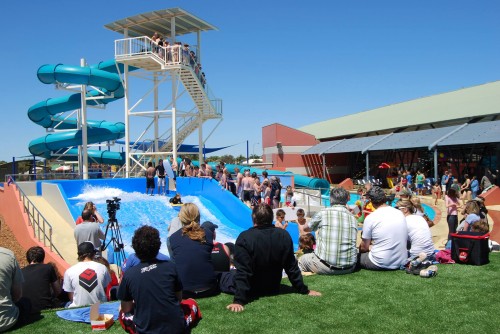 Kalgoorlie-Boulder Mayor John Bowler is leading a push for a lagoon-style beach or even a surf park with an artificial wave adjacent to the Goldfields Oasis aquatic and recreation centre, describing it as a “game changer” for the Goldfields region.

The multiple award winning Goldfields Oasis, already the home to one of Australia's first FlowRider attractions, is located almost 400 kilometres away from its nearest surf beach at Esperance.

However, as reported by the West Australian, the former Western Australian Governemt minister has reportedly tasked City of Kalgoorlie-Boulder Chief Executive John Walker tasked with putting together a formal proposal and business plan for the attraction.

Mayor Bowler explained "it’s an idea I’ve had most of my adult life and artificial beaches aren’t rocket science, with well over 100 in the world."

He added that Kalgoorlie was “very unique and very family friendly”, but that it lacks a beach.

He explained "you can’t bring Kalgoorlie to the beach so you have to bring the beach to Kalgoorlie." 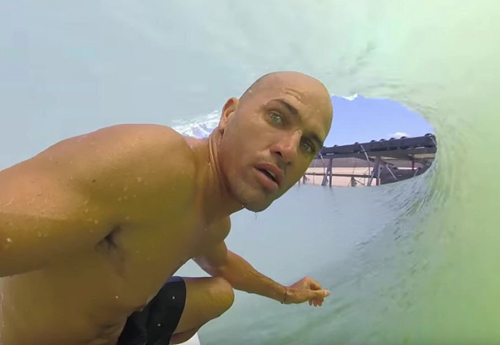 Explaining the potential options, Mayor Bowler added "one is a wave-making facility — dial-up waves that can be surfed or ‘boogie boarded’.

“That would be smaller in area because the mechanics involved would cost more. The other option is an artificial beach which would be a bigger area.”

The ideal location was still to be decided but one potential site had already been identified close to town, near the Goldfields Oasis, with Mayor Bowler advising "that way staff can be utilised for both.

"We don’t want it on the fringe, we’ll try and get it reasonably close between Kalgoorlie and Boulder.

He said it was not a far-fetched idea.

“We just don’t pluck things out of the air. We’d consult with the public and obviously have a long term strategy.”

If a lagoon-style artificial beach went ahead, it would likely include a swimming area of about 1.2 hectares.

Images: The FlowRider at Goldfields Oasis (top) and the Kelly Slater Wave Company has been developing an artificial competition standard surfing break over a number of years (below, courtesy of Pro/Kelly Slater).