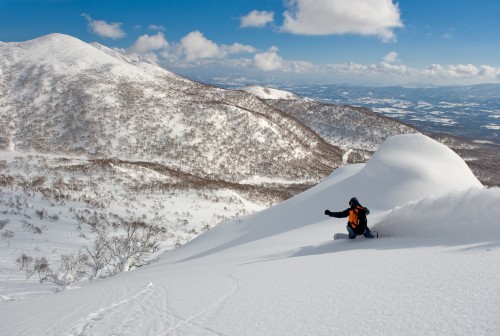 Japan's 2011/2012 snow season saw generous snowfalls and offered the best snow conditions in years. Among the 40,132 Australians that visited in January and February this year, there were many last minute bookings - with the total number of Australan visitors only 23% less than the same period in 2010, which saw 52,200 visitors, the highest record so far.

JNTO together with snow resorts in Hokkaido, Nagano, Niigata and the Tohoku region are participating in the Snow Travel Expos being held in Melbourne and Sydney over the next two weeks.

Following the Snow Travel Expos, JNTO will also hold its own Snow & Adventure Seminars for outbound travel agents and media in Melbourne tonight (21st May) and in Sydney on Monday 28th April.

The Seminars will feature presentations from the Japanese delegations on skiing in Japan as well as introducing other adventures and activities which can be enjoyed by families and travellers throughout the seasons.

JNTO Sydney Executive Director Yamashita Yukio explains "following the March 2011 event, we worried that results for the 2011/12 snow season will be much worse.

"However it was better than expected with only 30% decrease in visitor numbers from Australia compared to the 2010/11 snow season.

"Furthermore, some small resorts received more visitors even exceeding their records of the 2010 snow season."

For more information go to http://jnto.org.au