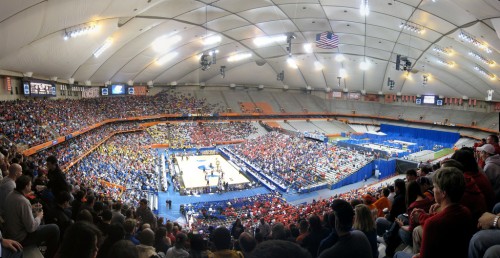 Set to tip-off in October this year, the B.League, Japan’s new men's professional basketball league, will be a mammoth undertaking featuring 45-teams in a three-division league structure.

The division caused by the two previous leagues, which had operated independently since 2005, caused world basketball governing body FIBA to suspend the JBA in November 2014 – while also citing lack of governance.

The new merged league had been mandated by FIBA as a condition to Japan having its membership resumed.

The 45-team, three-division league competition will be a massive undertaking and is beset by uncertainties over its viability.

Looking back over the past few decades a range JBL teams have folded and there is uncertainty over whether the new league will have sufficient support from fans, sponsors and local governments.

The league is also to enforce standards for team income and arena size, with the later requirement set to spark a wave of venue upgrades.

However, with Japan’s 127 million population and 30 million potential customers in Tokyo and 15 million in Osaka, the JBL expects fixtures to attract 5,000 to 10,000 crowds on a regular basis.