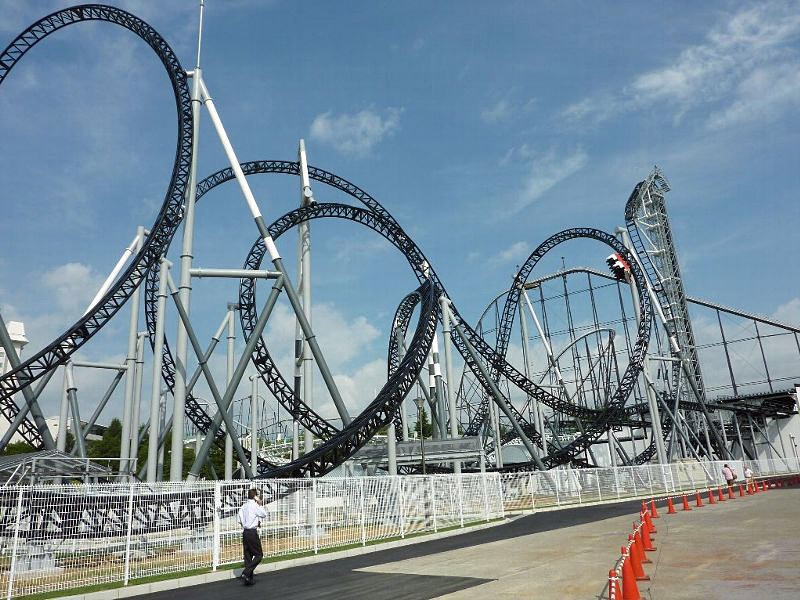 The Fuji-Q Highland theme park in Fujiyoshida, on the Japanese island of Honshu, has opened the world's steepest roller coaster.

The thrilling new Takabisha ride stands 43 metres high and boasts a "beyond vertical" 121 degree drop. The $40 million ride lasts for just 112 seconds but is packed with jaw-dropping features including seven twists, blackened tunnels while reaching speeds of up to 100kmh.

The Takabisha's 121 degree freefall is so steep that it has been recognised by the Guinness World Records as the steepest steel rollercoaster.

The steel ride was manufactured by German firm Gerstlauer and is based on the company's Euro-Fighter model.

Fuji-Q is one of the leading amusement parks in the world for thrill-seekers.