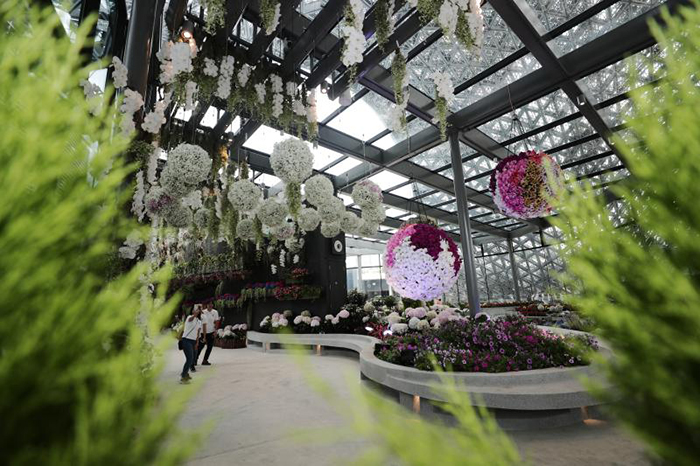 Created by Japanese landscape designer Jun-ichi Inada, the garden attraction includes plants such as podocarpus, juniper and bamboo, as well as 160 rocks from Shikoku island.

The tranquil two hectare attraction comes as the Gardens look to cater to rising visitor numbers, having welcomed its 50 millionth visitor last month since opening in 2012. 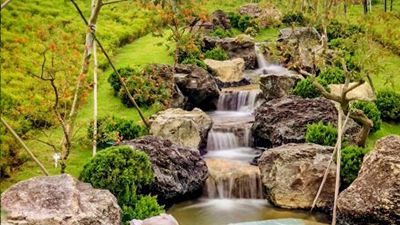 To augment the feeling of calm, a central water feature lies at the heart of Serene Garden, while steps away is a mini waterfall, featuring blue Niyodo rocks. Serene Garden features a collection of rocks in three different colours – blue, red and gray. 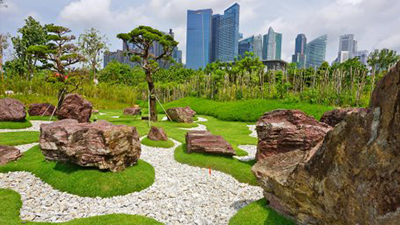 The 160 red and blue rocks flanking Serene Garden’s two sides were handpicked and brought in from Niyodo, Japan, while some of the gray rocks hail from the Bukit Timah granite quarry. 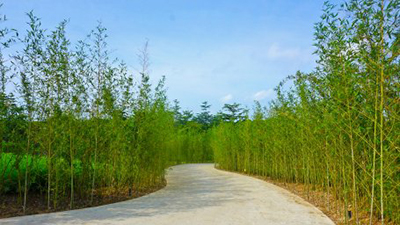 Bamboos are planted along Serene Garden’s periphery. Chosen for more than just their elegant form, the bamboos also lend a screen effect to enhance the sense of serenity and demarcate the garden’s boundaries.

With visitor comfort in mind, several tropical trees were handpicked such as Lagerstroemias, weeping-form Angsanas, Cratoxylum cochinchinense and Tabebuia bahamensis to be planted in Serene Garden. These trees blend in well with the minimalist landscape and will provide much-needed shade as they establish. 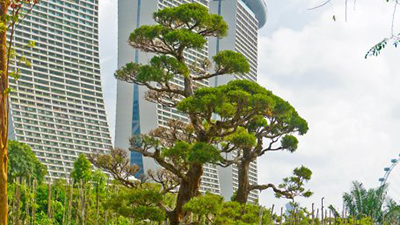 The Podocarpus and Junipers, with their interesting forms that lend well to the art of bonsai and long-time association with traditional Japanese zen gardens, can thrive in Singapore’s tropical climate. Junipers have been carefully pruned by specialists to look like typical bonsai trees in Japanese zen gardens.

The Serene Garden is now open to the public, although a teahouse is still being built in front of its pond.

By next April, there will also be a new Floral Fantasy attraction at Bayfront precinct featuring four themed landscapes such as Dance with flowering plants, such as orchids, suspended from the ceiling so that they move in a synchronised fashion. Other flowers on display include hydrangeas and gerberas.

The exhibit will also have a 4D multi-sensory ride, following the journey of a dragonfly's flight path through Gardens by the Bay.

The Bayfront precinct, outside Bayfront MRT station, has been revamped to include a 1,850 metre2 pavilion which is expected to host weekend pop-up markets and other community events.

There will also be an eatery, an additional visitor centre and ticketing hub.

"Many of our visitors have given feedback that Gardens by the Bay is getting crowded… especially during weekends," said Chief Executive Felix Loh, explaining the widely spread distribution of  the Gardens' features.

Annual visitation is expected to reach 12 million by the end of this year, with half the visits by local residents.

3rd December 2015 - Christmas Wonderland at Gardens by the Bay