Jamberoo Action Park to be hit by The Perfect Storm 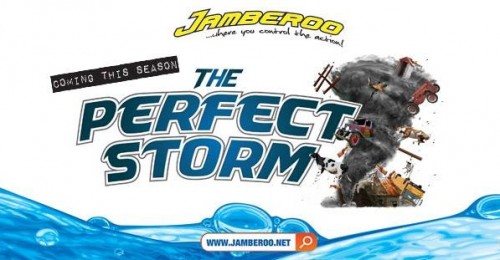 Set to open for the 2016/17 summer season this weekend, Jamberoo Action Park will soon be unveiling its new $5 million water thrill ride, The Perfect Storm.

The four-person raft ride down is the world's first hybrid of ProSlide’s Tornado 24 and Tornado 60 design and will take guests through two, 7 metre wide cone shaped sections where the raft enters sideways and sharply rocks back and forth before being washed into the next section of the slide.

As it travels down Jamberoo’s hillside location, the final part of the ride sends the raft down a 45 degree drop into a funnel shaped ‘Tornado 60’ element, where the raft oscillates up and down the walls several times, before being washed out the end, through a 360 turn and into the splashdown pool.

Billed as “the Tallest, Longest, most exciting water ride, built of its kind, in the world”, the ride will circulate approximately 1.5 megalitres of water every hour, including a series of injection and removal points along the ride. 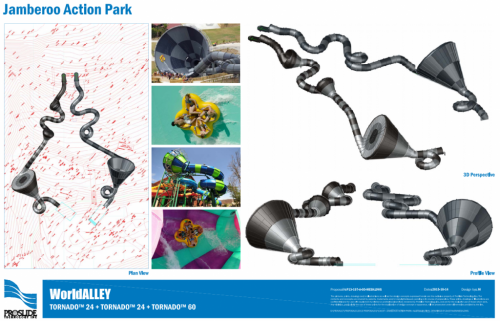