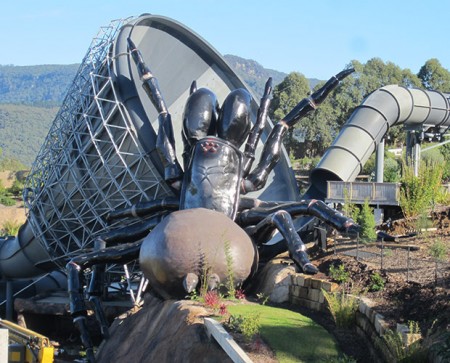 Completed earlier this year from steel, fibreglass and concrete, the themed Big Spider that is 420 times larger than the female Sydney Funnel Web.

The ride first opened in December 2012 with construction of the sculptured spider commencing in February 2014, being completed 12 months later in February 2015. It was officially measured in July and approved by the Guinness World Records team early this month. 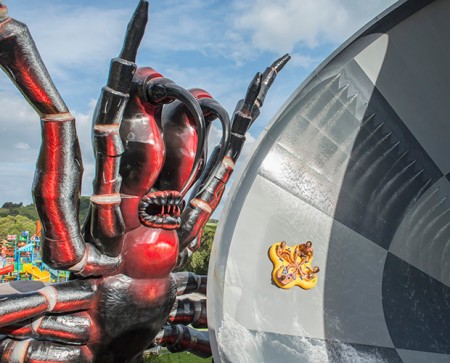 Commenting on the recognition, Jamberoo Action Park’s Executive Director Dax Eddy stated “receiving a Guinness World Record for building The Big Funnel Web is tremendous recognition and something that will really excite our guests this season.

“This amazing Big Spider themeing compliments one of the greatest water thrill ride experiences that you’ll get anywhere in the world.”