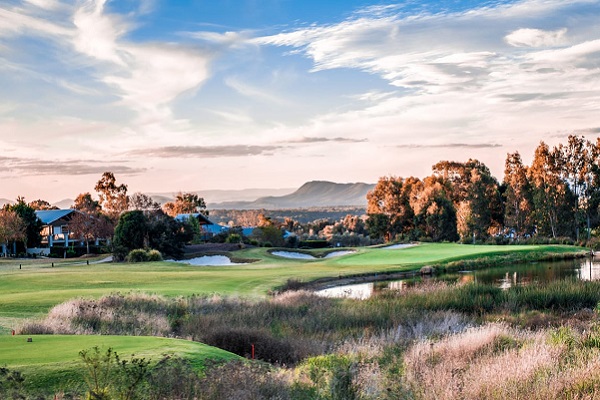 Plans for a 20,000-seat amphitheatre with adjoining international hotel, villas and an Olympic-standard equestrian centre in the NSW Hunter Valley have been announced today by the Jacobsen Group.

The multi-faceted development proposal for a 90-hectare site at the Hunter Valley Vineyards on McDonalds Road, Pokolbin, follows the Cedar Mill Group’s recent announcement of plans to create an amphitheatre on McDonalds Road adjacent to Hope Estate.

The developments reflect the relevance of the Hunter Valley Vineyards to the world stage and place a spotlight on the need for a transparent vision and planning framework for the area.

The Vintage and its Greg Norman-designed golf course in the north, and Hunter Valley Gardens in the south, bookend an emerging cluster of activity on McDonalds Road.

The Jacobsen Group believes it is a once-in-a lifetime opportunity to create world-class facilities that will boost the area’s global reputation while making an important contribution to the local community.

Group spokesperson David Jacobsen says the development’s 20,000-seat amphitheatre is sited on existing topography perfect for its construction and that 8000 of the seats will be under cover.

He said the amphitheatre is “best described as inclusive, rather than exclusive”. On-site amenities will enable the Hunter’s vignerons and food providores to retail their products.

Project manager Bob Scott says the proposed development will also include an international equestrian centre of Olympic standard, advising “the only two major equestrian centres in NSW are Horsley Park in Sydney, which was the venue for the 2000 Olympic Games, and Tamworth in the central north of the state.

“The proposed centre will not only be of Olympic standard, but accessible to riding for the disabled and Hunter region pony clubs. These world-class facilities are well suited to region in which Scone is known as the Horse Capital of Australia.”

Scott said Equestrian NSW, which manages the Horsley Park venue, has expressed unequivocal support for this much-needed facility in the Hunter Region, most importantly because of its ideal and accessible location at Pokolbin.

The Jacobsen Group proposal also includes a 120-room international hotel and 200 villa apartments along with a small commercial area and with cellar door outlets and other facilities also included.

With a predicted build cost of $500 million, it is expected that the overall proposal will produce major economic benefits to the broader community.

When fully operational, the proposed facilities will provide substantial on-going fulltime employment opportunities along with countless part-time jobs for the local Cessnock community.

Scott said the proposal is unique in that it will supply world-class facilities that currently do not exist in the Hunter Region adding “the proposal has the support of the NSW Department of Premier and Cabinet (Hunter & Central Coast Regional) along with Regional Development Australia - Hunter Region.”.

It is also developing a grand-scale $160 million entertainment precinct in London.