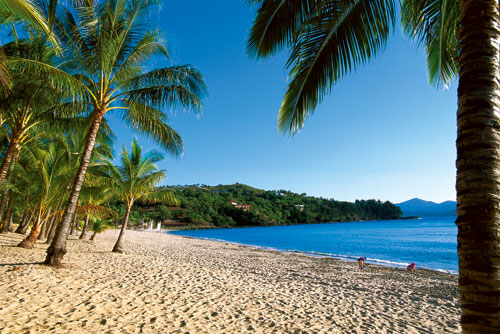 With a commitment to an ambitious agenda to safeguard the planet’s natural assets, ranging from halting rainforest loss in the Asia-Pacific and tripling ocean protection off Africa’s coasts to a business commitment to plant 1.3 billion trees along the historic Silk Road, the International Union for Conservation of Nature (IUCN) World Parks Congress 2014 has closed in Sydney.

The Promise document highlights the need to invigorate global efforts to protect natural areas, including scaling up the protection of landscapes and oceans. It includes commitments to boost investment in nature’s solutions to halt biodiversity loss, tackle climate change, reduce the risk and impact of disasters, improve food and water security and promote human health. It also aims to inspire people around the globe, across generations and cultures, to experience the wonder of nature through protected areas.

Commenting on The Promise of Sydney IUCN Director General Julia Marton-Lefèvre stated “protected areas are by far the best investment the world can make to address some of today’s biggest development challenges.

“The Congress has propelled major commitments from leaders across all levels of society to secure the benefits protected areas provide to humanity and ensure a sustainable future. “Drawing on the collective knowledge of over five thousand top protected area experts – and many others who care about the future of our planet – the Promise of Sydney now captures innovative strategies to protect these exceptional places.”

Hosted by the Australian and NSW Governments through, respectively, their Parks Australia and NSW National Parks and Wildlife Service (NSWPWS) agencies, the Congress brought together more than 6,000 participants from over 170 countries.

Commenting on Australia’s hosting, Australian Environment Minister Greg Hunt stated “Australia is proud to have co-hosted such a successful Congress and equally proud of our own commitments in the Promise of Sydney.

“They range from banning capital dredge disposal in the Great Barrier Reef and a historic agreement with China to ban mining in Antarctica, to new initiatives to recover the rainforests of the Asia-Pacific and to halt species loss in our national parks. It has been an inspirational Congress – now it is time to deliver the innovative solutions to the challenges facing our planet.”

The Promise of Sydney outlines a pathway for achieving the global target to protect at least 17% of land and 10% of oceans by 2020. 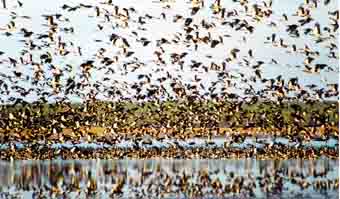 The Protected Planet report, launched in Sydney by IUCN and the United Nations Environment Program (UNEP), showed that while the world is on track to meet the target, more work is needed to ensure that areas of importance for biodiversity and ecosystem services are well and equitably managed. The Promise of Sydney also called for an urgent increase in ocean protection, including areas beyond national jurisdiction.

Best-practice examples of equitable governance were recognized by the IUCN Green List of Protected Areas – the first global standard set to define excellence in protected area management, presented at the Congress. This award was granted to 23 sites in Australia, China, Colombia, France, Italy, Kenya, Spain and South Korea, including a number of Indigenous Protected Areas. Croatia, Ecuador, Mexico, Nepal, Peru and Russia expressed their commitment to undergo the IUCN Green List assessment in the next phase of the initiative.

The Congress also highlighted the need to ensure that protected areas are established in the right places to prevent further species extinctions. The world’s largest-known earwig was among species declared extinct at the Congress by the IUCN Red List of Threatened Species™, with the Pacific Bluefin Tuna, Chinese Pufferfish and American Eel among those listed as threatened due to the growing appetite for resources.

A key focus was on economic benefits and cost-effectiveness of conserving the world’s natural areas, including their contribution to climate change mitigation and adaptation. It also called for new financing models to maintain them, combining public and private funding. Modern technology emerged as a new player in nature conservation, with the launch of Google’s underwater street view and a tool to track illegal fishing. NASA provided cutting-edge satellite imagery to improve the monitoring of protected areas. 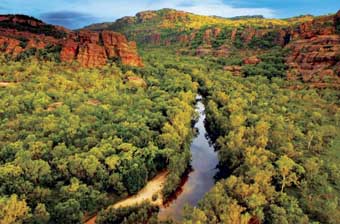 Brazil committed to protect 5% of its marine waters and to consolidate 60 million hectares of protected areas in the Brazilian Amazon by 2020.

China committed to increase its protected areas territory by at least 20% and its forest area by 40 million hectares.

Gabon announced its decision to create a network of new marine protected areas equivalent to 23% of its marine waters. The 18,000 mile² (46,000 kilometre²) area includes a range of ecosystems and bars commercial fishing.

The Republic of Kiribati signed an agreement with the United States of America to jointly conserve nearly 490,000 nautical miles² in the Pacific Remote Islands Marine National Monument (Monument) in the United States and the Phoenix Islands Protected Area in Kiribati.

Russia pledged to create 27 new federal Protected Areas and expand 12 existing ones. It committed to increasing Marine Protected Areas by 28%. Russia also pledged to increase its marine protected areas to cover 17 million hectares. It also announced its plan to restore the once extinct Persian Leopard and establish two more wild roaming populations of the European Bison to bring the number of populations in Russia to 2,000 individuals.

South Africa, host of the IUCN World Parks Congress 2003, pledged to triple ocean protection in the next 10 years.

In the USA, the National Park Service is also setting up a program to engage 100,000 youth in US Protected Areas.

Elion Foundation and The United Nations Convention to Combat Desertification (UNCCD) announced the creation of a public-private partnership to reduce land degradation and increase the rate of restoration of degraded land. The partnership will include the planting of 1.3 billion trees along the historic Silk Road.

The United Nations Development Programme committed to mobilise at least US$100 million in support of the diversity and quality of governance of protected areas, including through the appropriate recognition and protection of indigenous and community conserved territories and areas (ICCAs), in at least 50 countries.

Best-practice case studies showcasing how protected areas provide solutions to some of the world’s challenges have been captured in the Panorama database launched at the Congress and are available by clicking here.

The IUCN World Parks Congress was held in Sydney from 12th November to 19th November 2014.