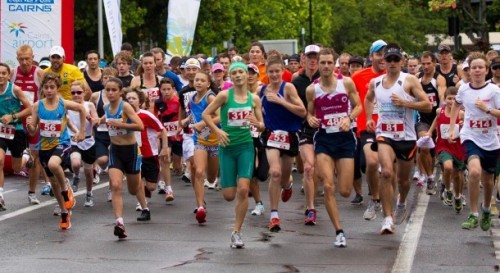 The 2016 Cairns Airport Adventure Festival has provided an economic boost worth millions of dollars for the Cairns economy,

Advising that the festival had become a major drawcard for interstate and international visitors with the introduction of the Ironman Asia-Pacific Championships this year, local Queensland MP Craig Crawfor stated “the Cairns Airport Adventure Festival had its most successful year following the addition of the Ironman Asia-Pacific Championships. “Visitor spending grew to more than $8 million, an increase of 33% from last year.

“Local hotels also saw the benefits, with total visitor nights increasing to more than 50,000 for the first time.”

Crawford said that events played a significant role in promoting Cairns and the region to visitors, adding “hosting the Ironman Asia-Pacific Championships led to major increases in the number of visitors from overseas and interstate.

“Total visitors more than doubled from last year with 1,500 interstate and 1,300 international competitors and spectators heading to Cairns for the Ironman event.”

“Over the course of the Festival, visitation from outside of Queensland increased 42% to more than 4,000 people.”

The Asia-Pacific Championships was secured for Cairns under a three-year partnership between Cairns Regional Council, Ironman Oceania and Tourism and Events Queensland (TEQ) as one of only five Regional Championship events in the world.

Cairns Mayor Bob Manning said the inclusion of the Asia-Pacific Championships in this year’s Cairns Airport Ironman event provided extra benefit to the region, and Cairns was ideally placed to take advantage of this opportunity.

The event was staged from 5th to 13th June.