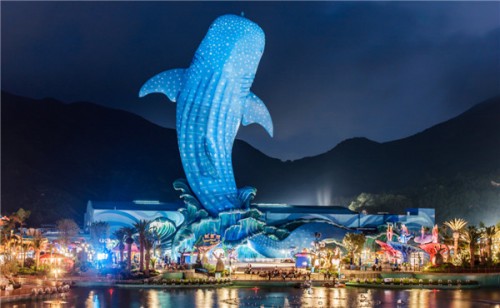 China’s theme park boom has been identified as a major trend for Asia in this year’s edition of the Global Trends Report, with new developments and an emerging middle class driving tourism in the region.

As its theme park sector continues to thrive, China predicts spending at its parks to reach nearly US$12 billion by 2020, with visitor numbers surpassing 330 million people. As Chinese disposable income rises, leisure attractions are reaping the rewards, with tourism numbers increasing as more leisure opportunities become available to tourists.

As of the end of 2015, China has 59 parks planned or under construction.

This explosion in theme park development in the country is due in part to the Chinese Government lifting a ban on theme park approval in 2013, enabling parks under US$800 million to be approved at a provincial level, encouraging investors.

Wouter Geerts, Lead Editor of the Global Trends Report and a Travel Analyst for Euromonitor explained “local theme parks are a little different from the international giants.

“Most importantly they operate a mixed tourism and property business model, with revenues from hotels, shops and apartments often more profitable than ticket sales into the park itself.

“This mix of shopping and theme park is a hugely attractive combination for a wide range of nationalities and ages.”

Future plans for parks include developments from giants such as Universal Studios, Six Flags, Ferrari and Fox, with all four operators planning multi-billion dollar developments in the country.

For more information go to http://blog.euromonitor.com/