Investment to increase chance of Kiwi sporting success in Rio 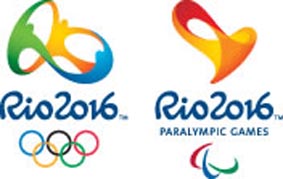 High Performance Sport New Zealand (HPSNZ) has confirmed its investment in sports over the next two years in the build up to the 2016 Rio Olympic and Paralympic Games.

Chief Executive Alex Baumann says the investment decisions are aimed at increasing New Zealand’s chances of success in Rio de Janiero, at the Winter Olympic and Paralympic Games in 2018, and providing support to 2020 hopefuls.

Baumann says that 2014 has been another stellar year for New Zealand athletes who have stood on the podium at world championships and other pinnacle events, and the Glasgow Commonwealth Games when Kiwis won 45 medals including 14 golds.

Baumann explained “the outstanding performances by athletes from our key targeted sports has given us increased confidence that our strategy is right and that we’re tracking well towards the Rio Olympic and Paralympic Games.

"While we are very pleased with these performances we still have work to do as we continue to drive our targeted approach with the aim of increasing the probability of international success when it matters the most.”

Baumann says that over the four-year funding cycle to the end of 2016, HPSNZ will invest almost $130 million direct to the national sport organisations it supports.

In addition to that, HPSNZ is providing another $72 million in support that goes directly to athletes through grants and scholarships, as well as expert advice. HPSNZ experts work with athletes including in the areas of strength and conditioning, performance nutrition, sports medicine, physiotherapy, biomechanics, sports psychology, and campaign planning. Some sports and athletes are also assisted with technology and innovation, including through HPSNZ’s ‘goldmine team’ of engineers, to help give them a competitive edge.

Baumann says that HPSNZ remains focused on winning on the world stage at the highest level, and continues to build depth in sports with the greatest potential for winning medals at the Olympic Games, gold medals at the Paralympic Games and world championships for non-Olympic sports.

Baumann added “we’re also building sustainability in the high performance system through our investment so that New Zealanders win medals in 2020 and beyond.”

In the announcement, the top three Tier 1 targeted sports of rowing, cycling (pictured below) and yachting, which are seen as having the potential to win multiple medals for New Zealand in Rio, will receive increases over the next two years "to see if they can convert additional medals and build a more sustainable system with the additional investment". 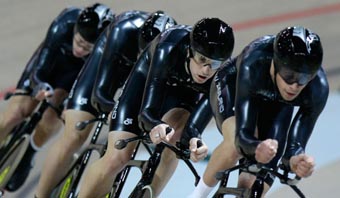 Baumann continues "Paralympics NZ gets an increase to chase gold medals and provide more support to its gold medal potential athletes heading to Rio, the women’s rugby sevens team receives more support to help their Rio campaign, and an extra $100,000 a year goes to Athletics NZ specifically to support athletes aiming for the 2020 Tokyo Olympic Games.

"In recognition of their efforts at the Commonwealth Games, judo is receiving seed investment with the aim of identifying potential Tokyo Olympics contenders.

"Gymsports’ Dylan Schmidt, a gold medallist at the Youth Olympics in trampoline who placed 15th at his first senior world championships, gets some assistance to help him compete internationally with the aim of building towards the Tokyo Olympics."

Swimming, triathlon and the hockey men’s programme are among those to have decreases in investment after not meeting all of their performance goals.

Baumann concluded “we had to make some tough calls but while some sports have had reductions, we have retained a sufficient level of investment to ensure we don’t cut too deeply into their ability to deliver results in the future because we do believe these sports have the strategies, programmes and people in place to make gains in the future.”

Further investment decisions at the end of 2015 to determine 2016 investment levels for some sports, and fine-tune amounts leading in to the Rio Olympic and Paralympic Games that year.