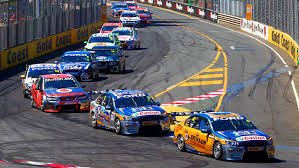 V8 Supercars Australia (V8SA) have sold a 60% share in the sport to Australian investment firm Archer Capital for a remarkable $195 million.

Announcing the landmark deal V8SA Executive Chairman Tony Cochrane told a news conference "this new ownership structure and investment are an exceptional outcome for everyone who loves this sport.

"Everyone in V8 Supercars should be immensely proud of the business and the sport that has been created.

"For my part, I am most proud of the nearly 1,600 jobs that are now contained within V8 Supercars. I have been asked and have agreed to continue with my role as both chairman and full voting board member as I see the coming years as the most exciting and most dynamic in V8 Supercars' history. "

V8SA teams will retain a 40% share of the sport. Through their newly formed business Australian Motor Racing Partners (AMRP), Archer Capital, an investment firm who are behind a number of Australian superannuation funds, now have the controlling interest in V8SA.

15 years ago Cochrane and another three investors invested $52,000 in V8 motor racing which was then considered a "break-even business".

In Australian sport's most remarkable turnaround, Sports Entertainment Limited (SEL), headed by Cochrane, has transformed a sport that had little more than the Bathurst 1000 into a championship series valued at $330 million.

SEL and the 18 V8 Supercars teams yesterday announced they had sold 60 per cent of V8SA to private equity group Archer Capital in a move that they claim will ensure the sport continues to thrive and prosper.

Cochrane recalls "I remember writing out a cheque for $52,000 and giving it to IMG (International Management Group) in 1996.

"At the time the Australian Touring Cars was at best a break even business. I'd be lying if I ever thought, even in my wildest dreams, that it would be worth what it is now.

"It was a very small sport back then but we dreamt big and poured all of our heart into it. It was our baby and a lot of incredible people have given it their all to take it to where it is now."

Cochrane stresses that the future of V8SA is in safe hands, adding "in terms of the day to day business, the fans won't notice a change.

"The core changes will be the separation of a board from a commission, which will be announced later. I think it will be good for the business.

"Where fans notice the difference will be in 2013 with Car of the Future and at least two new international races."

Archer Capital will look to cash in on a new media rights deal expected to fetch $350 million over five years, more than double the current deal which will expire at the end of next year.

AMRP Director Andrew Gray explained "we will be looking to add events to the calendar which will add revenue growth.

"And the Car of the Future will also look to expand the business and hopefully in the next couple of the years we will see one or more additional manufacturers enter the business."

AMRP are also understood to have plans to expand the series internationally with talks at an advanced stage for a street race in Singapore.

Cochrane concludes "now that we are an FIA-sanctioned international series, the plan is explore further opportunities of staging events anywhere east of Turkey."

At present, the series stages events in Abu Dhabi and New Zealand, and has previously staged races in China and Bahrain.