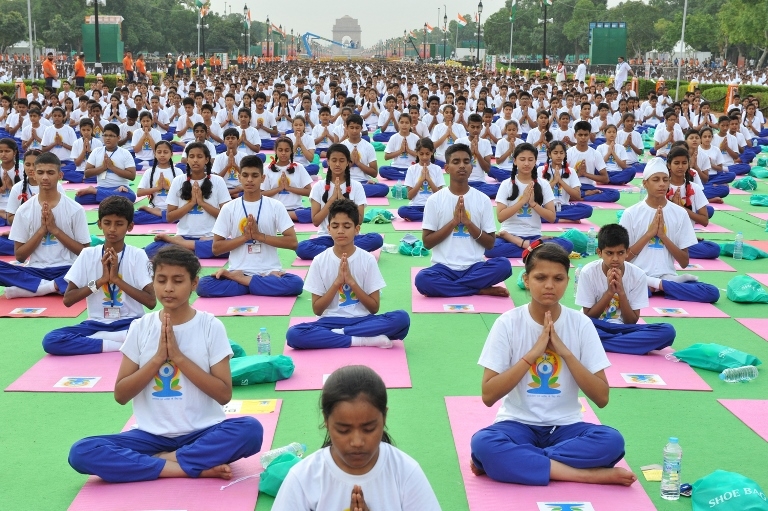 In India, Prime Minister Narendra Modi joined 50,000 students and other residents in the northern city of Lucknow for a mass yoga session while similar yoga displays were organised in villages, towns and cities across India.

From the deck of an aircraft carrier to the sub-zero temperatures of a Himalayan military outpost, huge bent, twisted and posed to celebrate the event in the place where it began.

With the United Nations proclaiming International Yoga Day in 2014, Prime Minister Modi has promoted yoga as “free health insurance” and exhorted people to make it a part of their daily lives.

Speaking in a park in Lucknow, capital of the northern Indian state of Uttar Pradesh, Prime Minister Modi stated "Yoga has connected the world with India.

"Yoga is about health assurance. It is not even expensive to practice."

Modi pushed for the annual event to be celebrated worldwide after winning power in 2014, promoting a lifestyle industry that has grown up around the ancient physical and spiritual discipline and is estimated to be worth around $US106 billion.