Looking forward to TRENZ 2016, Chris Roberts, Chief Executive of the Tourism Industry Association New Zealand (TIANZ) which manages the event, explains “with 300 New Zealand tourism operators exhibiting, TRENZ promotes the best visitor products we have to offer the world’s travellers. In addition to reconnecting with well-established operators, the buyers will be looking for new and different experiences they can sell to consumers in their home markets.”

Roberts says interest in TRENZ is incredibly strong this year with the event at capacity, with waiting lists for both exhibitors and buyers.

Roberts continued “that’s great news for New Zealand, as a buoyant, high growth tourism industry drives economic wealth and supports thousands of jobs in communities all over the country.”

“New air links between Auckland and other growing Pacific Rim economies, such as Vietnam, have also generated buyer interest from those markets, again highlighting the importance of air connectivity to the tourism industry.” 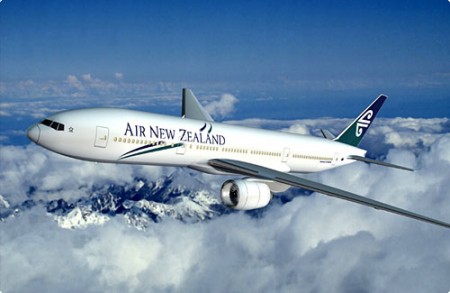 Roberts thanked TRENZ Premier Sponsor Air New Zealand for flying buyers from around the globe to the event.

Tourism New Zealand Chief Executive Kevin Bowler says “the fact that TRENZ is attracting the largest number of buyers in nearly a decade is excellent news for the industry.

Bowler says the timing of TRENZ provides a perfect opportunity to broaden the peak season by driving travel in the spring 2016 shoulder season, adding “with 300 operators from New Zealand coming face to face with international buyers, showcasing the best that New Zealand can offer, TRENZ is the pinnacle event of the year for the travel trade.

“I am really looking forward to attending TRENZ again for what’s shaping up to be a highly successful four days for buyers and the industry alike.”

Over the four day event, exhibitors and buyers will have a total of 15,000 15-minute meetings.

Roberts expects that during and after TRENZ 2016 deals will be made that collectively will be worth tens of millions of dollars to the New Zealand economy.

He concludes “the buyers who attend TRENZ are the most influential in terms of generating international visitors to New Zealand. The majority at last year’s event said TRENZ is the most important New Zealand tourism product purchasing activity they undertake.

“TRENZ is an invaluable event for the industry as we work to increase annual tourism revenue to $41 billion by 2025.”

Hosted by Destination Rotorua, TRENZ 2016 is being held at the Energy Events Centre Rotorua from 10th to 13th May 2016. This is the second consecutive year TRENZ has been held in Rotorua.

For more information go to www.trenz.co.nz

14th May 2015 - TOURISM LEADERS TO SHARE INSIGHTS AT TRENZ