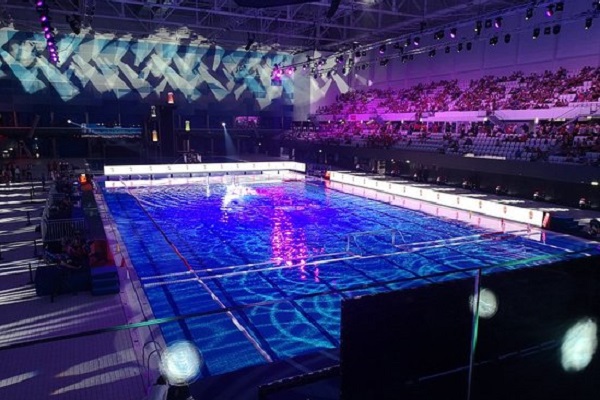 The International Swimming League (ISL) has advised that its 2020 season will be held in a single location - the Hungarian capital of Budapest - with a condensed five-week schedule from 16th October 2020.

While having put protocols in place to deliver what it says will be “a safe environment to all athletes and staff”, ISL organisers have accused national swimming federations of “knowingly and cynically” using the COVID-19 pandemic to prevent athletes from competing in its second season.

In a statement advising of its strict medical protocol, “developed with one of the best and renowned international scientific teams”, ISL has accused national swimming federations of “knowingly and cynically” using the COVID-19 pandemic to prevent athletes from competing in its second season.

The statement, released overnight, goes on to advise “the current health crisis should not be used to entrench existing vested interests.

“It is unacceptable that some national swimming federation’s leaders, knowingly and cynically use the pandemic to intimidate athletes who wish to participate in other competitions.”

“Athletes must be protected not only in their physical integrity but also in their economic and social integrity. They need to compete or risk imperiling their livelihoods.

“ISL stands for the right of all athletes to freely live their swimming life, believes it is time to put power back into their hands, to champion their right to make a living they deserve, and to have a greater say in the way their sport is run.

“The recent bullying and pressure on some of the athletes who are already in a precarious position is a political manoeuvre and contrary to the very spirit of sport.”

Although the ISL failed to single any national federation out for criticism, the statement appears to be targeted at Swimming Australia and its travel and health advice that swimmers should stay at home.

This was followed by Australian Olympic champion and London Roar captain Kyle Chalmers announcing that he would not compete in this year’s ISL due to injury. Fellow Australian swimmers and Roar teammates Cate Campbell, Bronte Campbell and Emma McKeon are among those to follow suit.

The ISL, founded by Ukrainian billionaire Konstantin Grigorishin, emerged as a direct rival to international swimming federation Fina in 2019, offering more than US$6 million in appearance fees and prize money for swimmers and coaches in its inaugural season.

FINA has sought to combat the new competition with launch of its own Champions Swim Series. ISL has also taken legal action to prevent the world governing body’s threat to competitors with bans from the sport’s biggest competitions, such as the World Championships and Olympics.